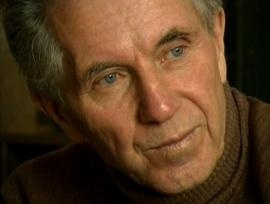 Born in 1934 in the Ukrainian village of Krasny Kut, he specialized as a nuclear physicist in Belarus and Moscow and from 1977 to 1987 he was director of the Nuclear Energy Institute of the National Academy of Sciences of Belarus. In 1986, when the Chernobyl disaster occurred, Nesterenko was one of the first to intervene on the plant. In fact, he flied over the accident site by helicopter to throw liquid nitrogen on the core, in the midst of radioactive smoke, in an attempt to stem the nuclear reaction. Three people, who accompanied him on board, died of the contamination, while Nesterenko survived and immediately fought to have the area evacuated, otherwise - he pointed out to a member of the Politburo, who said to be committed to the "Belarusian culture" - "there won't be no one to carry on this culture or to read your books ”.

According to writer Svetlana Alexievitch, Nesterenko put all his effort into trying, often in vain, to persuade the authorities to distribute iodine dosimeters and tablets to children. Since 1990 he headed the independent Belarusian "Belrad" radiation safety institute, founded the previous year by Andrei Sakharov, Ales Adamovich and Anatoly Karpov. Due to his reporting activity, he lost his job and had many problems with the State Security Agency, which threatened to put him in a psychiatric hospital. The Belarusian government offered him a job in a state academy in vain to persuade him to stop working on Chernobyl. He suffered two attacks.

In an interview granted to journalist Galia Ackerman of Radio France Internationale and taken up by UNESCO Courier in October 2000, the Belarusian scientist denounced how his country was left alone to face a disaster for which he was not responsible.
“Neither Russia nor Ukraine, where Chernobyl is located, helped us. Our national budget allows only a small amount of money to be spent on victims, and our government officials have not adequately assessed the situation. They lied to tens of thousands of Russians who came from "hot spots" or crisis areas in the former Soviet Union to live in the contaminated region. They are still lying to their own people ”.

Nesterenko also points the finger at international organizations, which had downplayed the effects of the Chernobyl disaster: "the International Atomic Energy Agency (IAEA), which represents the nuclear lobby, has compared Chernobyl to Hiroshima and Nagasaki. But in Japan the thermonuclear reactions took place entirely in the air and the soil was not contaminated. After the Chernobyl fire, neighboring countries were bombarded with hundreds of tons of radionuclides (or particles). Soil in Belarus alone absorbed two-thirds of the fall, and some of the nuclides, such as cesium-137, remain radioactive for more than 30 years. Food represents 80% of the long-term contamination of the population ”.

The scientist also recalled the great contribution made by his colleague, Professor Yuri Bandazhevsky, and his team in demonstrating, by carrying out thousands of autopsies, the damage caused by cesium-137 accumulated in muscle tissue: heart problems, kidney malfunction and injuries of the eye muscles in children, harm to pregnant mothers and diseases for newborns.

To try to remedy this dramatic situation, Nesterenko proposed to send contaminated babies to clean areas for a month at least twice a year and to create centers for young mothers in areas where they can eat uncontaminated food during pregnancy and breastfeeding.

In August 2008 he died from the effects of radiation.

His odyssey is told in the book Bugie Nucleari (Nuclear lies), by Silvia Pochettino, published by Gruppo Abele, 2008.