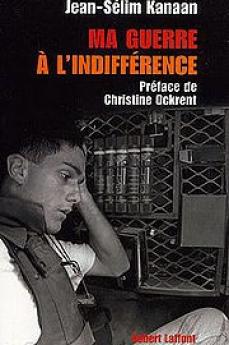 Born in Rome in 1970 of a French mother and Egyptian diplomat father, Jean-Sélim spent his childhood in the Italian capital. When he was 13, his father was posted to Beijing and the family moved there with him. A polyglot with a wide range of interests, Jean-Sélim suffered greatly from the sudden loss of his adored father in 1985. He concluded his secondary education in Rome and Paris, successfully practised various sports, sailed round the world and finally, in1992, decided to work as a volunteer for an NGO in Africa.

His first job took him to Somalia, where he risked being shot by guerrilla fighters while returning to Mogadishu in a humanitarian relief convoy. In 1993 he went to Bosnia and experienced the drama of the breakdown of civil coexistence during the seige of Sarajevo and the inter-ethnic fighting. Here too he risked his life several times and started to reflect long and hard on the role of voluntary organizations and of the United Nations, whose failure to defend the civilian populations he witnessed with his own eyes.

Given his own notable skills and experience, after graduating from Harvard, he was recruited by the UN as a humanitarian aid worker in war zones, despite making no mystery of his critical stance. His opinions anyway never prevented him from doing his best. He completed further missions in the Balkans, both in Kosovo and again in Bosnia, until the end of the year 2000, when he started a job in the UN headquarters in New York.

Greatly troubled by his experiences in extreme circumstances in various war zones, he was moved to collect his thoughts and considerations in a book. Despite his misgivings, in the aftermath of 9/11, he decided to accept further operative posts in high-risk areas. In 2003 he left on a brief mission to Baghdad, shortly after the publication of My war against indifference.

On 9 August 2003 he was killed in an attack on the UN headquarters in Baghdad, just a few days after the birth of his first son. On 27 February 2004 he was awarded the French Légion d'Honneur for his work “in helping the world’s weak and oppressed”.