a journalist against the war in Bosnia 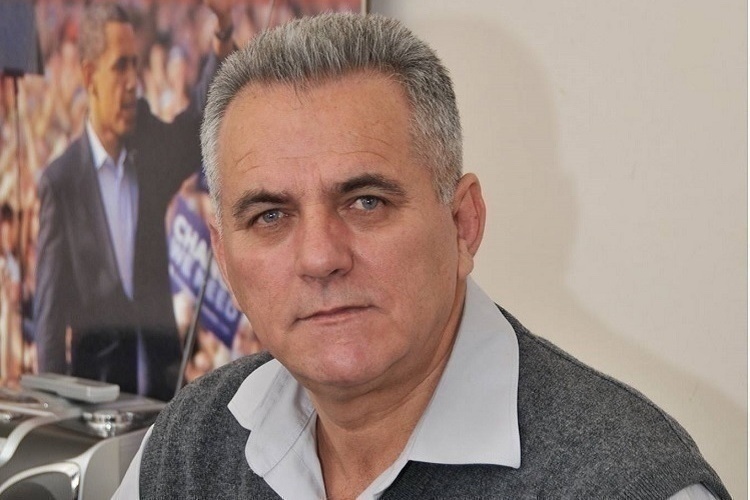 Born in 1956 in Godočelj, Montenegro, Esad Kocan graduated from the Faculty of Philosophy in Skopje in 1980. He worked as a journalist for the newspaper "Pobjeda" and was deputy director of a politics program at TV Montenegro. In 1988, he was removed from this position, paying for his civil disobedience and non-acceptance of political dictates. Co-founder of the independent Montenegrin weekly magazine Monitor, he is committed to providing objective, impartial, and independent information by publishing an impressive number of articles and editorials. Without fear of consequences, he denounces various phenomena of corruption in the Montenegrin socio-political environment.

During the conflicts in Croatia, Bosnia-Herzegovina, and Kosovo, through his articles, he spoke out with strength and determination against war, promoting peace and dialogue as the only possible alternative. His commitment to defending the ideals of peace forced him to leave his wife and young daughter, who in 1992 fled abroad for six months.

In the last years of his career, he committed himself to the active affirmation of civil courage through his own example as a journalist. Esad believes that a journalist is a professional who does not give up presenting the truth even in the most dangerous moments. Also a result of his words, his newspaper, Monitor, faced attacks (even bombs), the journalists of the newspaper have been threatened and beaten, and citizens who bought the newspaper have been registered.

In 2011, he received the Duško Kondor Prize for his civil courage. Today, he is still editor-in-chief of the independent weekly magazine Monitor and a lecturer at the Media Institut of Montenegro.