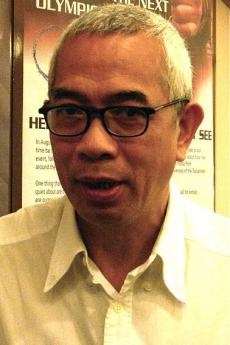 Born in China on 3 December 1949, Ching Cheong is a journalist who graduated in economics from Hong Kong University in 1973. He started working for the pro-China Wen Wei Po newspaper in 1974, soon becoming its deputy editor. Following the Tiananmen square massacre in 1989, Ching resigned from his post in protest, along with some forty colleagues. With other journalists he founded Commentary, a news magazine reporting on China.
In 1996 he joined the staff of the “Straits Times”, based in Singapore. Initially he was assigned to the Taiwan office, where he wrote numerous articles (now published in the book Taiwan Will Break Away) that clearly demonstrated his pro-unification position.
When he was appointed chief correspondent of the magazine in China, Ching started collecting the memoirs of Zhao Ziyang, the former leader of the Communist Party who fell from grace for sympathizing with the Tienanmen square pro-democracy students in 1989 and died on 17 January 2005, after 15 years’ house arrest. In the spring of 2005, while tracing Zhao’s footsteps, Ching entered China with a visa. On 22 April he was accused of spying on behalf of a foreign intelligence agency and arrested in Guangzhou. There he was officially incriminated for "revealing State secrets", a crime interpreted in China at the discretion of the authorities and punishable with several years behind bars.
The Chinese Ministry for Foreign Affairs later reported that the journalist had confessed. Formal charges were brought against him on 5 August 2005: in detail, the prosecutor claimed that Ching had passed State secrets to Taiwan for over than five years, and had bought military and political information with funds provided by Taiwan.

Ching Cheong was the first Hong Kong journalist to be accused of espionage since Hong Kong was handed back to the People’s Republic of China in 1997. His wife, Mary Lau, who was prevented from revealing her husband’s arrest until the end of May 2005, because she had been threatened by the Chinese authorities, claims that the charges brought against Ching were ridiculous.
Ching’s real “crime” is to have contacted Zhao Ziyang’s confidant, a man who had gathered his own talks with Zhao together in a book of interviews: a politically explosive document that the “powers that be” in Beijing wanted to prevent going to press. At that time the police had intimidated and arrested various people who could have published Zhao’s secret diary: and Ching Cheong was part of that circle. A veteran of the Hong Kong press, a former communist, in his thirty years as an expert on China he had built up a far-reaching network of contacts within the government and the armed forces. Respected by Beijing itself for his nationalist and "orthodox" stance on Taiwan, Ching had been the first to publish a preview of Zhao Ziyang memories the year before. That fateful 22 April he had gone to the southern city of Guangzhou, not far from Hong Kong, for an appointment with a source who was going to give him the whole priceless manuscript.
Ching’s trial took place behind closed doors, he was found guilty of spying, and on 31 August 2006, sentenced to five years’ detention.
The Hong Kong Journalists Association and “Reporters Sans Frontières” sent the president of the People’s Republic of China a petition demanding Ching’s release signed by over 13,000 people. Protests against his sentence also came from the International Federation of Journalists and the Commission for the Protection of Journalists.
On 5 February 2008 the Chinese government announced that they had released Ching early, before the Chinese New Year holiday, and a few months in advance of the Olympic Games. The imminence of this international event persuaded the authorities, already trying to cope with protests in favour of Tibet, to forestall the risk of further pressure from the world press.