professor of Islamic studies in the Philosophy and Religious Studies Department of Virginia Commonwealth University, USA 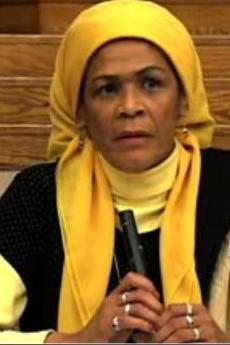 Born in the United States in 1953, for the first time in March 2006 she led community prayers in a New York mosque. Sheik Yussef al-Qarasawi, a member of the "Muslim Brothers ", issued a fatwa (a religious edict), published in the Qatar press, in which he sentenced Amina Wadud to death. Amina, who is the leader of the "Muslim Wakeup group", celebrated the rite in the conference hall of the Synod House of the Anglican Cathedral of St. John the Divine after three mosques had refused to host the event and an art gallery had changed its mind following a bomb threat. Approximately one hundred men and women prayed together in defiance of the fundamentalists.
Amina Wadud’s struggle for gender equality is supported by various American Islamic associations, which have organized public demonstrations and awareness campaigns.
Her main supporters are the "Muslim WakeUp" and "Muslim Women's Freedom" associations.
In 1999 Wadud published a book Qur’an and woman. Rereading the sacred text from a woman’s perspective (1999, Oxford University Press). It has caused great controversy among Muslims the world over due to her stance in favour of women’s rights based on theological arguments, i.e. on the sources of Islam itself.
In her book, Amina Wadud states that "the prophet Mohammad allowed a woman to lead the prayers ".