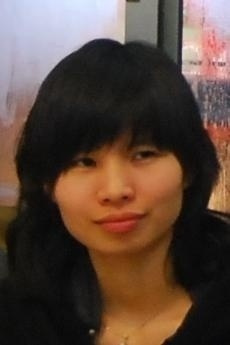 Born on 9 October 1983, Zeng Jinyan is a Chinese blogger and human rights activist. In January 2006 she married Hu Jia, whom she met while doing voluntary work on the HIV-AIDS issue. In 2007 she gained world fame via “Time” when the magazine included her among the “one hundred people who shape our world”, precisely due to the contents and success of her Chinese-language Internet blog:
"Zeng Jinyan is the on-line descendent of the dissidents that challenged the tanks in Tiananmen square in 1989. When her husband Hu Jia was arrested without trial by the Chinese government, Zeng opened a blog, giving details of her experience and oppression at the hands of the secret police. Since then her blog has been blocked in China and she and her husband have been harassed, intimidated and placed under constant surveillance, but she has continued bravely to update the blog, attracting the interest of an international audience", writes Arianna Huffington.
Zeng Jinyan and Hu Jia made a 31-minute documentary, "Prisoners of Freedom City", about the seven months’ house arrest to which they were subjected from August 2006 to March 2007 (guarda).
Zeng anyway managed to update her blog until 27 July 2008, the day she disappeared. After that, not even the group known as the "Chinese Human Rights Defenders" was able to contact her. Then, on 27 August, a new signal reached the web, from a “John Kennedy” post on Twitter: Zeng Jinyan wrote that she had managed to see her husband Hu Jia.
"On 7 August I met Hu Jia in prison and found out that all the letters I had written to him recently had been confiscated by the prison authorities - writes Zeng Jinyan - Hu Jia is forced to spend seven hours a day in the open air and to work with the help of another inmate. They also confiscated the book I had sent him with treaties on human rights and safeguarding prisoners’ rights ".
The "Chinese Human Rights Defenders" believe that on the eve of the Beijing Olympic, Zeng was removed by the police and taken to a secret place to prevent her speaking to reporters about Hu Jia during the Games.
“As things stand now - Zeng Jinyan writes – I do not know when I will be able to see Hu Jia again, I can only fight for that to happen as soon as possible”.