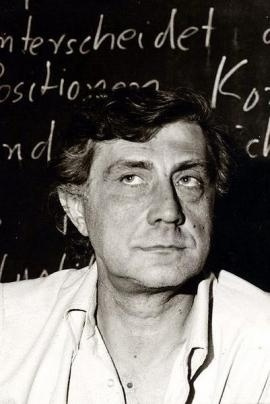 Franco Basaglia is a well-known Italian psychiatrist and neurologist - the most influential of the 20th century - born in Venice in 1924. He has been the main driving force behind the concrete change in psychiatry: thanks to his theories and experience in the asylums of Gorizia and Trieste, he has restored the rights and dignity of thousands of people. Men, women, boys, all dressed the same in a long grey coat, inmates, sometimes forced into straitjackets, subjected to icy baths and beds of restraint as well as a wicked use of psycho-drugs. With Basaglia they have been able to take back their lives and their time. From an institution designed to defend the healthy from the sick, the psychiatric hospital has become the place where weak people could be treated and saved.

In 1949, Basaglia graduated in medicine at the University of Padua. In these years he knows the existentialism of Jean-Paul Sartre, on which he will base his entire psychiatric career, contrasting the ideas of Lombroso, then in force in the psychiatric field. In 1953 he specialized in nervous and mental illnesses at the faculty of the neuropsychiatric clinic in Padua. In 1958 he became professor of psychiatry at the University of Padua. However - after having suffered several hostilities because of his revolutionary ideas, progressive and in stark contrast to the period - in 1961 he decided to leave teaching to move to Gorizia with his family, where he was appointed director of the psychiatric hospital. In the psychiatric clinic of Gorizia, he came into contact with the real psychiatric reality of the institute, characterized mainly by aberrant treatments regularly inflicted on patients, not considered people in difficulty and to be helped, but people to be controlled, suppressed, sedated and hidden. Basaglia soon began to argue that the relationship between therapist and patient should be based on different assumptions from those in force, such as dialogue and not the annihilation of the other. For this reason, he began a struggle to restore these people's dignity and right to medical treatment. In a short time, he managed to change the methods of treatment applied in that period. First of all, electroconvulsive therapy is eliminated, and pharmacological therapy is considered only a method of granting the possibility of faster rehabilitation. It tries to turn asylums into therapeutic communities, in which doctors, workers and patients have equal dignity and equal rights: relationships are no longer vertical, but horizontal, and collaboration between peers is privileged. From the experience carried out in that asylum comes the idea that leads to the creation of one of his most famous books: The institution denied. Report from a psychiatric hospital, published in 1967. In 1971, he put into practice the idea of artistic workshops of painting and theater for patients: through artistic production, the sick can represent themselves and the relationship with others, communicate their inner discomforts and insecurities, find their own identity and relate better to others. Thus, communities are created through which patients can carry out useful and socially shared work. Basaglia achieves the goal of the social reintegration of the sick and points out the inconsistency of a process aimed at discrimination and dehumanisation of the human being. In 1973 he founded a movement called Democratic Psychiatry, which takes inspiration from the current of thought of antipsychiatry. Basaglia continued to support his battle against the psychiatric system of the time until in 1977 he obtained the closure of the Trieste psychiatric hospital. Thanks to his work, finally, on 13 May 1978, two years before his death, Law number 180, known as the Basaglia Law, on psychiatric reform and leading to the closure of asylums, was ratified. The entire concept of psychiatric illness and treatment was redefined, making psychiatry therapeutic and rehabilitative. This law, however, became operative only in the mid-nineties, because of a social system too deep-rooted and difficult to change in a short time. In the following years - in hospitals - psychiatric wards, family help and support homes, day centres and outpatient clinics run by psychiatrists, psychologists, nurses and social workers were set up: staff trained and qualified to treat with psychiatric patients.

Franco Basaglia died in Venice in 1980, at the age of 56, due to a brain neoplasm. After his death he was buried in the cemetery of San Michele, on the homonymous island in the Venice lagoon.

The greatest merit of Franco Basaglia was to restore dignity to mental illness, not considering the patient as an object to be adjusted, but a person to be welcomed, listened to, understood, helped, and not to be recruited or hidden.

Franco Basaglia is honoured in the Garden of Garden of Terni- Istituto Casagrande-Cesi.