a lawyer for women’s rights, writer and activist of gender issues 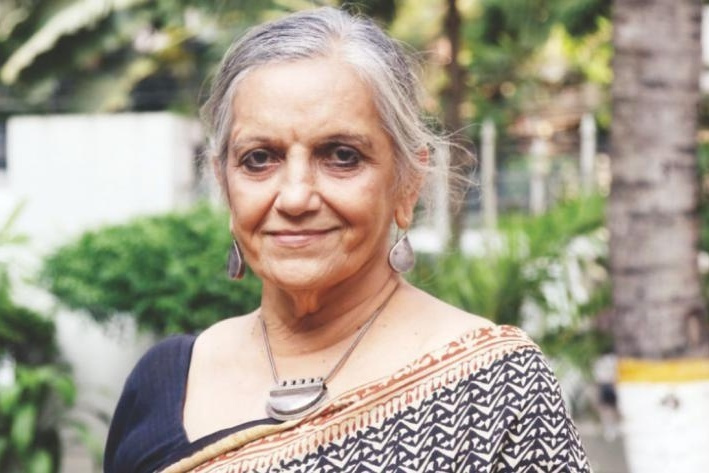 Flavia Agnes lives and works in Mumbai. From 1988 she has been a lawyer at the High Court of Mumbai and she has chaired the cultural and legal centre for the defence of women’s rights, Majlis.

She grew up in the small indian village of Kadri, in the state of Mangalore, with an aunt. On the eve of her middle school examinations her aunt died and Agnes went with her family to Aden, where she worked as a typist. After her father’s death she went back to Mangalore. Living in nearly all-female family, she had a true experience with the opposite gender only through wedding, of which she said: “I did not know that marriage meant above all beatings and oppression”. At age 20 years old she had married a 12-year older man, who abused her. It took her 14 years to split from him, obtain their children’s custody, be able to have an education and become a lawyer. All this is narrated in her self-biography My Story... Our Story of rebuilding broken lives, published in 1984. In 1986, after a long legal procedure to obtain divorce due to the restrictive laws ruling the lives of the Christian communities to which she belongs, she would take on her mother’s family name, Agnes. In 1978 to pay for her studies she gave private lessons, and speaking with her pupil’s mothers she realised that many women and children were subject to abuse as she has been. Soon she took part in the anti-rape campaigns and in the Forum Against Oppression of Women (FAOW), an organisation created in 1979 that deals with domestic violence, dowry murders and rapes. For her knowledge of a language of the Indian subcontinent, the kannada, in 1980 she took part in an investigation on a rape case against a minor girl, which would mark her life. Soon she started interviewing women about phenomena of sexual and family abuse and she participated in important national conferences for women’s liberation. In 1981, as written in her memories, the feminist movement was officially born in India, and violence was openly discussed for the first time. Those meetings were chaotic,often interrupted by infuriated husbands. Women from abroad said in those meetings that their husbands had ripped the pages of job reports or other creative works such as books or poems. Indian women started feeling a part of a wider movement.

She specialised in marriage law, divorces and property rights and she published numerous articles about the rights of minorities, gender and law, the legal profile of feminist movements, the legislation against domestic violence and feminist jurisprudence. She is a consultant to the Indian Government on law enforcement and of the government of Maharashtraas far as women’s and children’s development is concerned. Together with Madhushree Dutta she founded Majlis NGO, (“legal and cultural centre”) that organises campaign for women’s representations and defends women also from the point of view of marital rights, the custody of children and so on. Ever since the foundation of her NGO in 1990, her centre legally assisted 50,000 women and offered consultancy to 150,000. Dr. Agnes teaches and holds conferences in many Indian and foreign universities. Majlis also produces movies on various aspects of the private and social life of women and represents a reference point against any kind of fundamentlism, including the Hinduist one, and for secularism.

Flavia Agnes is honoured in the Gardens of Milan - Monte Stella e Trevi.