the journalist who symbolizes dissent against the regime of the ayatollahs 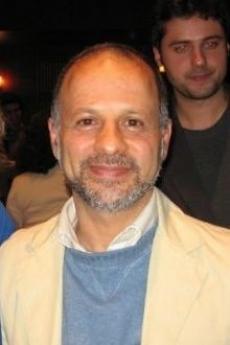 Akbar Ganji was born in Teheran on 31 January 1960. A writer and journalist, he grew up in modest social circumstances in a family of strong religious tradition. As a young man he gained a Masters degree in Communication, took part in the Iranian revolution and joined the staff of the Iranian Islamic Republic’s Ministry of Intelligence. By the mid Nineties he had lost his faith in the regime because – he said – he witnessed "the rise of Fascism and suspicion of anyone who dared to ask questions". He therefore quit his job and became an investigative journalist. He reported on a series of murders of liberal dissidents known as “the Chain murders of Teheran”, openly accusing eminent figures of the regime of the crimes. On account of these articles and of his participation in a conference on the future of Iran held in Berlin – tainted, according to the Iranian regime, by “anti-Islamic propaganda”– he was jailed from 2001 to 2006 in Teheran’s notorious Evin prison. Here he wrote a political manifesto in which he proposed boycotting the presidential elections in order to replace the ruling theocracy with a democratic and secular government. During his detention Ganji went on two hunger strikes which mobilized leading human rights organizations and important international figures. From one of these protests he emerged with “irreperable brain damage”. His lawyers included Nobel Peace Prize winner Shirin Ebadi. During his career he has won the World Association of Newspapers’ "Golden Pen" award, the Canadian journalists for Free Expression “International Press Freedom Award ", the "Martin Ennals Prize for Human Rights Defenders " and the "John Humphrey Freedom Award". His articles are collected in a number of books, one of which – published in the United States under the title The Red Eminence and the Grey Eminences – is defined by the Washington Post as “the Iranian equivalent to Alexander Solzhenitsin’s Arcipelago Gulag”.