founder of the Philosophical School of Milan, he was the only philosopher among university professors to refuse to take the oath to the fascist regime in 1931 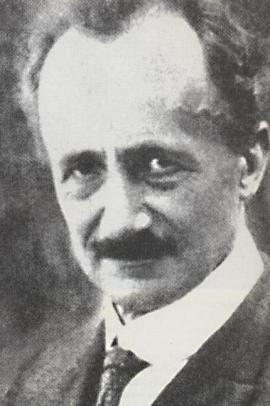 Piero Martinetti was a philosopher, historian of philosophy and Italian academic. His life is not made up of grand gestures, but is totally devoted to studies and teaching. He is considered the founder of the Philosophical School of Milan, having taught Theoretical and Moral Philosophy from 1907 to 1930, first in the Scientific-Literary Academy and (after the transformation of the Academy in University, in 1924) in the State University of Milan. A documentary exhibition and a conference, which were held at this University in the first week of May 2015, provided an opportunity for discussion among scholars and a rethinking of the cultural heritage left by him.

The best known story in Martinetti's meagre biography is linked to his refusal to take the oath to the Fascist regime in 1931, preferring to renounce the university chair rather than his own freedom of conscience. Among more than 1200 professors, only a dozen chose to leave the university chair to protest against the imposition of a political ideology on the free exercise of scientific research and culture. Among them stands out the name of Martinetti, the only one of the philosophers to take this onerous step. In the letter he wrote to the then Minister of Education Balbino Giuliano, he justified his choice as a categorical imperative of conscience, which imposed on him (socratically) the sacrifice of personal interest, to bear witness to the truth and dignity of the person and therefore to the profoundly human meaning of culture and in particular of philosophy.

This was not an isolated act, but the seal of a moral conduct inspired by civil intransigence. He had already witnessed this in 1926, on the occasion of the Congress of Philosophy held in Milan and dissolved by order of the Government as it was considered a manifestation of anti-fascism. Actually, Martinetti, who had organized and chaired it, just defended the participation in the Congress of Ernesto Buonaiuti, Modernist and professor of the History of Christianity in Rome, who had been declared "heretic vitando" by the Holy Office that year. Father Gemelli, in controversy with Martinetti's liberal choice, had recalled from participation in the Congress the entire delegation of professors from the Catholic University, which he founded and directed. Gemelli himself, this time supported by the Archbishop of Milan Alfredo Ildefonso Schuster, will strive in 1934 to have the political authority seize the work published by Martinetti (already retired to his Canavese domestic "hermitage"), Jesus Christ and Christianity. However, Martinetti managed to save much of the volume's circulation, and to spread it secretly. But Gemelli's inquisitorial fury did not stop and in 1937 Martinetti had to suffer the humiliation of the insertion in the Index librorum prohibitorum of the Holy Roman Church of his Jesus Christ and the subsequent Gospel (published by Guanda in 1936). It was evidently not tolerated that a layman, and moreover a philosopher, wrote about subjects that were considered monopoly of Catholic theology. Also in this circumstance, Martinetti protested strongly against what he considered an unfair inquisition, in a letter addressed to the Holy Office in Rome. In those years he also suffered an arrest and a short stay in the Majesty’s Pleasure, on suspicion of anti-fascism, by reason of a letter addressed to Norberto Bobbio and a suspected relationship with the heirs of the anti-fascist martyr Piero Gobetti.

Just recently has there been a rethinking of the cultural heritage he left behind. Previously counted among the "heretics", today he should be placed rather among the Righteous. The moral courage shown, combined with the serenity of an uncompromising secular faith in the sacredness of the values of Justice and Freedom, make him a master of moral and a righteous man, who would deserve to be better known and more properly remembered.