the young boy who gave rise to the Arab Springs 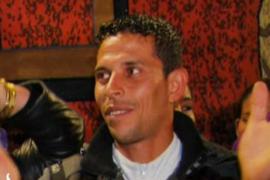 Tarek el-Tayeb Mohamed Bouazizi was born on 29 March 1984 into a very poor family in Sidi Bouzid, in the center of Tunisia.

His hometown is well-known for its high rates of bribery and unemployment (nearly 30%) and this is why his life was marked by economic struggle. Bouazizi's father, who worked in Lybia as a bricklayer, died when he was 3, and he thus became the only economic support for his mother and sisters. Bouazizi started to work as a street vendor of fruit at 10, and after leaving school without obtaining his diploma, he searched unsuccessfully for a new job. His activity in facts produces too low a revenue for his household, made of his mother, uncle, 6 step-siblings and his sisters. To this we need to add the harassment from police officers and the market inspectors, who often demand kickbacks. Boazizi thus became more and more frustrated

On 17 December 2010 the market inspector seized his merchandise and scales, with the excuse he lacked the necessary permissions. Bouazizi was humiliated publicly, as he was slapped by a woman officer. As he got angry, he went to the office of the local governor, but he was denied the opportunity to have a talk.  Bouazizi set himself afire in front of the governor's office out of protest, and got severely wounded. Bouazizi's gesture soon became the symbol of the struggle the Tunisian from Sidi Bouazid had to face on a daily basis, against under-employment and the corruption of the leading class and the police. The day after his self-immolation, a hundred people gathered in front of  the city hall to protest against the mishandling of Boazizi and bad police behavior.  Maybe the demonstration would have just been dispersed if Bouazizi's cousin had not filmed and spread over the Internet the events.

When, on 4 January 2011, Bouazizi died of his wounds, protests had already reached the entire territory of Tunisia. The opposition demanded the removal fo the corrupt and authoritarian regime of President Zine al-Abidine Ben Ali, who had been on power since 1987. The regime tried to halt the protest by the use of force, but this only worsened the situation, so that all offers of concessions were rejected. On 14 January, Ben Ali was forced to resign and leave Tunisia. Demonstrators entered Tunis celebrating the one who was now the hero of the Tunisian pro-democracy movement, Bouazizi.

In February 2011 the main square of Tunis was renamed after him.

Bouazizi's struggle gave rise to what would later be called as the “Arab Spring" movements in Algeria, Bahrein, Egypt, Libya, Syria, Yemen, Jordan and Turkey.

In October 2014 the first democratic presidential elections were held in Tunisia.

Mohammed Bouazizi is honoured in the Garden of Tunis.