journalist and the man behind the “letter of a thousand signatures” 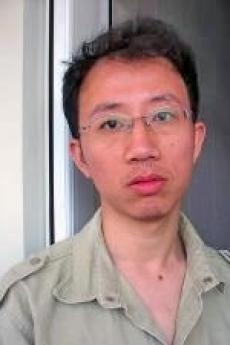 Born on 25 July 1973 in Beijing, a Buddhist and active dissident in the People’s Republic of China, Hu Jia is well known for his struggles against human rights violations in China, pro-freedom for Tibet and against the spread of HIV-Aids. As far back as 1957, Hu Jia’s own parents had been in trouble with the law: accused of conniving with the bourgeois right, they were sentenced to forced labour in a remote province of China until 1978, when their term was suspended by Deng Xiaoping.
Hu Jia’s activities range from the Chinese pro-democracy and environmentalist movements to a series of initiatives aimed at heightening understanding and awareness of the HIV epidemic among the Chinese population.
Since 1996, also thanks to a degree in IT engineering, he has successfully broadcast news and information about his civil campaigns over the Internet, Skype and the latest information technology media.
Over the years, Hu Jia has become one of China’s most outspoken and influential dissidents: he has collected articles, prepared legal appeals and presented the work of other opponents to the regime to the international community; he has cooperated with the foreign media and embassies, providing them with material on the human rights violations committed by the Chinese Communist Party.
His activism has led him into serious conflict with the judicial arm of the regime, which has meted out a series of sentences for the crime of “subverting the powers of the State”. The first came in February 2006 when he was arrested, tortured and imprisoned for 40 days. Immediately after his release, he was placed under house arrest, a measure clearly intended to prevent him from contacting the outside world and thereby alerting the international community to human rights abuses in China.
In 2007 he promoted the famous “letter of a thousand signatures” addressed to the president of the People’s Republic, Hu Jintao, and to the Communist Party convention of 15 October of that year.
The message was prompted by the arrest of Lu Gengsong (a lecturer at the Zhejiang police academy, who had left teaching and had begun to report on line on corruption and immoral practices). Hu wrote a draft text, put it on line and invited others to add their contributions and signatures, no fewer than 1060 of them, representing the various voices of Chinese dissent: they range from ordinary people to intellectuals and to members of the outlawed pro-democracy party. Hu Jia knows only about a hundred of them. In the letter they demand freedom for those who have expressed criticism of the regime, often through the Internet. They know they are tiptoeing through a minefield and that is why they mention the constitutional dictate precisely where it mentions the protection of human rights: according to the Constitution – they write - the Party “solemnly undertook to govern the country according to the law and to safeguard human rights”, whereas “over the last three years, the police and the judicial authorities, under the guidance of the Party, have arrested writers, journalists, lawyers and activists for political crimes and crimes of opinion”. The text mentions the approaching 2008 Olympic Games and the expected scrutiny on the part of foreign governments and international public opinion, and invites those taking part in the Party Conference to free Lu Gengsong in order “to give a new image of itself”. According to Reporters sans Frontières, there are scores of intellectuals in prison or under house arrest, and their wives are frequently persecuted too.
The letter had a huge impact in the West and Hu Jja was arrested yet again in December 2007 for “inciting subversion”. Throughout his preventive detention he has been denied the chance to meet a lawyer or to see his family, and he is also denied the medical treatment he needs to cure the type B hepatitis that he suffers from. According to representatives of the “Chinese Human Rights Defenders” this new detention was directly linked to the forthcoming Olympics.
On 3 April 2008 he was sentenced to three and a half years in prison and one year without political rights. In the same month he was awarded honorary citizenship of Paris. On 26 July 2008 Hu Jia celebrated his thirty-fifth birthday in his cell, in the Hubai detention centre in Tianjin (200 km from Beijing), without the comfort of his wife, Zeng Jinyan, or his mother, who are forbidden from visiting him.
The Public Prosecutor presented various articles published on the Internet as proof against him, and especially his “relations with foreign powers, aimed at discrediting the image of China”. According to his lawyer, the charge is instrumental: “The Constitution guarantees the right to freedom of speech and of expression, and Hu operated within the context of this right. It is just a political maneuver to silence a free voice in the immediate run-up to the Olympics”.
The USA and the EU have demanded his immediate release, while Amnesty International considers Hu Jia a prisoner of conscience, condemned only for having exercised his right to freedom of expression.
The same fate has befallen his 24-year-old wife Zeng Jinyan, another cyber-activist, placed under house arrest with her baby.
On the strength of her efforts to safeguard civil rights in China, Time Magazine included Zeng Jinyan in the list of the 100 most significant women on the planet.
On 23 October 2008 the European Parliament awarded Hu Jia the Sakharov prize for Freedom of Thought, prompting strong criticism from Beijing.
In June 2011 the dissident was released, after three years and a half in jail.