vice commander of the Warsaw insurrection 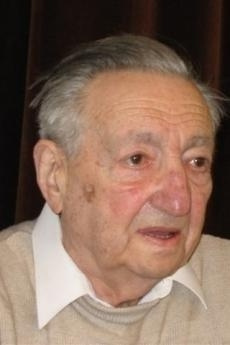 Marek Edelman was born in 1919 into a Jewish family in Homel, in today's Belorussia. He studied medicine, became a well-known political activist and at a very young age joined the Bund, the Jewish socialist party of Russia, Lithuania and Poland. Deputy commander of the 1943 uprising in the Warsaw ghetto – which pitted the Jews in an uneven battle against the Nazi troops after four months' siege – Edelman stood out for his courage and determination. He managed to escape being rounded up by the SS by passing through a bunker in the Aryan part of the city along with a handful of survivors of the fighting forces. Recalling that experience he said: "I was young, I had a machine gun in my hand and I was defending the ghetto from the SS. It was them or us, there was no time for niceties. My only certainty was that against a dictatorship you can always and only fight. I have always believed that when a victim is oppressed, you have to side with them. You have to shelter and hide them, fearlessly, always standing up to those intent on crushing them".

One year later, in August 1944, Marek and his men took part in the citywide Warsaw uprising. After the war he completed his medical studies and began working as a cardiologist. He identified with socialism with a human face, very distant from Stalinist thinking, and dreamed of a democratic Europe in which brotherhood would reign among peoples. After being hunted by the Nazis because of his Jewish roots, he was persecuted by the Communists because of his ideals. In 1968 his independence and freedom of thought lost him his job in the hospital where he worked and he was arrested several times.

In the 1970s he took an active part in Solidarność, which struggled against the Communist dictatorship in Poland, becoming one of the movement's leaders. In 1989, when the regime fell, he was elected a member of the Diet, Poland's national parliament, and remained in office until 1993. During the Serbian siege, in the 1990s, he sided with the people of Sarajevo. He died in Warsaw on 2 October 2009 and Polish radio and television suspended their broadcasts to announce the news. Edelman was a symbol and a role model for thousands of young people in his country. He was decorated in Poland with the order of the White Eagle and in France in 2008 with the French Legion of Honour. He defined himself as a "guardian of the dead", referring to the victims of the Nazi barbarities, whose memory he had always staunchly defended, but he also loved life, as a prominent figure of socialist humanism and as a doctor. He wrote: The Warsaw ghetto. Memories and history of the uprising; Arriving before God, There was love in the Ghetto (Photo by Mariusz Kubik) .

Marek Edelman is honoured in the Gardens of Milan - Monte Stella e Warsaw.