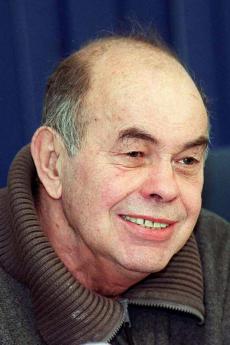 Jacek Kuron was born in 1934 in Lwòw. His grandfather had been a member of the Polish Socialist Party Combatant Organization and his father a member of the Association of Young Independent Socialists. In 1949 Jacek joined the Polish Youth Association (ZMP), from which he was expelled in 1953 for criticizing its leadership. Also expelled from the PZPR (United Polish Workers' Party), he was re-admitted in 1956. In 1955 he was one of the founding members of the so-called "red scouts" and the following year he joined the executive of the re-formed Polish scouts movement.

The "red scouts" were forcibly dissolved in 1961 for having criticized the regime and they asked for the movement to be given greater independence. In 1962 Kuron joined the Political Debating Society – founded at Warsaw University by Karol Modzelewski – and became one of its most active members, until the Club was dissolved the following year. With a group of friends he began a critical analysis of the system and published the results in a short book written jointly with Modzelewski for the underground press.

In November 1964 the whole group was detained by the Secret Police and Jacek – who had graduated in History from Warsaw University in 1957 – was again expelled by the PZPR and saw the scholarship for his doctorate revoked. In 1965 along with Modzelewski he wrote an open letter to PZPR members denouncing the conflict between the working class and the country's central bureaucracy and expressing his own political vision for a genuine workers' government. The authors were arrested on 20 March and Kuron was sentenced to three years in prison. Released conditionally in 1967, he joined a group of dissident students from Warsaw University. In 1968 he took part in the student protests against the arrest of Adam Michnik and was consequently arrested again on 8 March and brutally attacked by the party propaganda. In January 1969 he was sentenced to three and a half years imprisonment.

Released in 1971, he spent the following years searching for a system that could combine authentic left-wing values with the ethical message of Christianity and that would open the way to a truly democratic and pluralist society. In 1977 he published the results of his reflections in Ideal principles. In various articles printed in the underground press, he attacked Poland's totalitarian regime and presented his strategy for the opposition, proposing social movements as the best way for the country to regain its freedom: gathered together in small groups, the population would gradually break the totalitarian monopoly, first at a social and cultural level and then at a political level. He insisted on the need to act openly, occupying available legal spaces.

In June 1976 he was one of fourteen intellectuals who signed a declaration of solidarity with the workers' protests. In July he addressed an open letter to Enrico Berlinguer, asking him to speak out publicly against the repression of workers in Ursus and Radom. In September he was among the founding members of the KOR (Workers' Defence Committee) and hosted in his own home the so-called "contact box", a collection centre for information on acts of repression against the democratic opposition, which was then sent to Polish émigré centres abroad in order to keep the West informed about what was happening in Poland; the centres abroad, in turn, broadcast news over Radio Free Europe and the BBC, thereby also keeping Polish society up-to-date with events. In May 1977 Kuron was arrested, but was released in July thanks to an amnesty. He played a key role in educating the workers' movement and forging closer links between workers and intellectuals. His slogan "Don't burn the Committees, create your own" was to become a catch phrase.

In 1978 he took part in the creation of the so-called "Scientific Courses" – counter-information and free culture meetings, during which he lectured on social pedagogy, but in March 1979, he and his family were the victims of brutal attacks by the Association of Polish Students and the PZPR's Warsaw Committee, which forced him to suspend his lectures. In the summer of 1977 he participated in an underground meeting with representatives of Charter '77 and, following their arrest in 1979, in the hunger strike in the church of the Holy Cross. In May 1980 he joined another hunger strike in solidarity with Polish prisoners of conscience. He was one of the dissident leaders hardest hit by the repression: frequently detained for 48 hours, excluded from public life, he was isolated in all possible ways by the regime, which even punished those that came into contact with him. When the strike at Danzig's Lenin shipyards began, in August 1980, he was first detained and then arrested along with 13 other well-known representatives of the opposition.

The strikers compiled a list of 21 demands and were released on 1 September, when the Round Table agreements were signed. Once the strikes were over, in an article entitled "And now?" Kuron declared that the stranglehold on the workers' organization, on free information and on the Poles' social life had finally been broken. He expressed the hope that alongside the free trade union, other forms of civil action would be born: self-management committees in the scientific world, in education, culture, the economy and in the mass media. He also hoped that this pluralist movement would put pressure on the authorities to gradually reinstate democracy in Poland. He realized that, due to the presence of the USSR and the risk of an armed invasion, the time was not yet ripe for full sovereignty for Poland, so the central administration, the police and the army should be left in the hands of the PXPR, while a change in society would pave the way for the gradual democratization of political life.

He belonged to the Solidarność National Commission's group of experts and was considered by the Polish and Soviet authorities to be one of the most dangerous "counter-revolutionaries". By the autumn of 1981, the situation was spiralling out of the control of both the government and the trade union, so Kuron proposed an agreement between Solidarność, the Church and the central power aimed at setting up a committee of national salvation. His idea was that such a committee would work out a programme of reforms and prepare relatively democratic elections.

On 13 December 1981 he was imprisoned and on 3 September 1982 he was formally arrested and charged with trying to overthrow the regime by force. During his internment, he managed to smuggle out a number of articles in which he exhorted society to organize itself into underground structures prepared perhaps not to see the results of their efforts for several years. In July 1984 he was released under an amnesty. In the years that followed he took part, as an expert, in the proceedings of the Solidarność Underground Coordination Commission and was detained several times by the secret service. He supported the policy of achieving key goals step by step. Despite the opposition of the government authorities, he took part in the plenary sessions of the Round Table and in the commission for political reform. He was one of the authors of the agreement. On 4 June 1989 he became a member of Parliament.