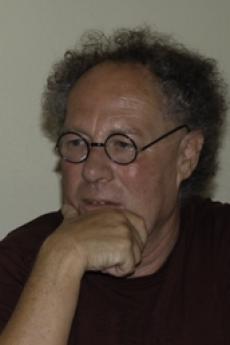 János Kenedi was born in Budapest. He graduated from the School of Journalism and from 1966 to 1970 he worked as a journalist and editor in the Magveto publishing firm. In 1970 he was sacked because of his contacts with the emerging underground opposition and never returned to his chosen profession.
From as early as the Sixties, Kenedi had been fascinated by Hungary’s alternative and underground culture. In 1968 he met György Bence and Janos Kis, two young representatives of the school of the philosopher Lukács, and the three became political allies and friends. After the invasion of Prague in 1968 Kenedi decided to set up a Hungarian samizdat, but Bence and Kis believe it was still too early; Kenedi therefore decided to focus his efforts on collecting and officially publishing the works of István Bibó and the sociologist and writer, Zoltan Szabo, in exile since 1949. He established contacts with Bibo and in 1978, when he managed to get a passport, he met Szabo. The two men became his mentors. Towards the end of the Seventies, in his own apartment, he began holding meetings aimed at setting up organized underground political and cultural opposition. In 1977 he edited and printed the first clandestine magazine Profil, in which he published works turned down by the official publishing houses because they failed to “comply with the publishers’ line”. In 1985, along with Janos Kis, he founded “Mashonnan Beszélo”, which up until 1988 offered space to the underground cultural writings of the other countries of the Communist bloc. As the Hungarian samizdat gradually developed, Kenedi took an active part in numerous editorial initiatives, sometimes provoking heated discussions within the ranks of the opposition due to his often very critical analyses of the limitations and mistakes of the Hungarian dissidents.
In 1988 he became the spokesman of the “Klub Forum”, an organization that set out to demand freedom of the press. In 1989 he joined the editorial staff of the cultural and social monthly "Holmi” and in 1990 he started to work as a research scholar at the Institute of the History of the 1956 Hungarian revolution. In addition, he is chairman of the Commission for the Documents of the Security Services, which deals with compiling an inventory and publishing secret police documents.