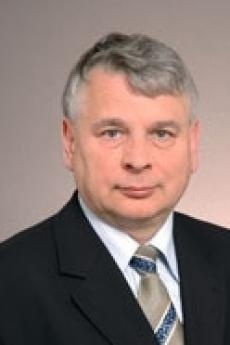 Bogdan Borusewicz was born in Lidzbark Warminski, Poland, into a family originally from Vilnius. In 1968, still in high school, he wrote a flyer in support of the students imprisoned after the May protests; having being reported by one of his teachers, he was then arrested. The following year he was arrested again for distributing flyers, and sentenced to 3 years, but was released under an amnesty 18 months later. He studied at Lublin’s Catholic University, where he graduated in History in 1975. Along with Janusz Krupski, Piotr Jeglinski and Marian Pilka he distributed the publications of the Kultura group of Polish expatriates in France, and organized debates for students on historical and political subjects. After graduating, he returned to Danzig, where he joined the more active Catholic circles, especially the Young Poland Movement. He promoted numerous forms of solidarity and material support for the students and workers arrested for political reasons and in 1976 joined the Workers’ Defence Committee (KOR). From 1977 he was one of the editors of the clandestine magazine “Robotnik” (Worker), linked to the KOR, and was also in charge of transporting thousands of copies of the newspaper from Warsaw to the Baltic coast. In 1978 he joined the coast’s underground trade union. On this subject he declared: “Our plan was to set up alternative circles of society, like Jacek Kuron had always spoken about”. As well as defending the workers, the trade union organized underground lessons on workers’ rights and on Poland’s recent history. He helped organize the strike that broke out on 14 August 1980 in Danzig’s Lenin shipyards and contributed to drawing up the 21 conditions demanded by the strikers. Borusewicz belonged to the Presidential Committee of Solidarność. On 13 December 1981 he managed to escape arrest and, working underground, he successfully kept the framework and actions of Solidarność alive. On 24 December 40,000 copies of a flyer bearing Borusewicz’s signature were distributed, encouraging people to keep the trade union flame burning. Along with Aleksander Hall and Bogdan Lis – who had also escaped arrest and gone underground – Borusewicz decided to continue publishing the Solidarność bulletin and to set up a distribution network. On this point he declared: “our job is just to give form to what large sectors of our society do or want to do. We should not impose our view of things, but help to articulate and coordinate whatever emerges from civil society. The underground movements are not made up of just a handful of people who sign a petition or two. Generally speaking, there is no sense in a divide between the “masses” and those working underground. In fact, why are we here? Because that is what our people want. When our people no longer resist, we will stop doing what we do”. When Bogdan Lis was arrested in 1984, Borusewicz took over as national coordinator of Solidarność underground. On 8 January 1986 he was arrested while on his way to an underground press where the “Solidarność bulletin” was printed.

He was released from prison in September thanks to an amnesty.
In 1989 he decided not to take part in the Round Table Talks, which Lech Wałȩsa joined, convinced that the time was still not right and that Solidarność did not yet have sufficient bargaining power. The talks resulted in the agreement that opened the way to Poland’s first semi-free elections on 4 June, the first step towards the fall of the communist regime.
In 1990 Borusewicz was elected president of Solidarność in the Danzig Region and member of the National Commission.
From 1991 to 1993 he was a member of parliament in the ranks of Solidarność.
From 1993 to 2001 he was elected a deputy of the Unia Wolnosci (Freedom Union) party.
Elected a senator in 2005 (as an independent candidate), in the same year he was appointed President of the Senate.