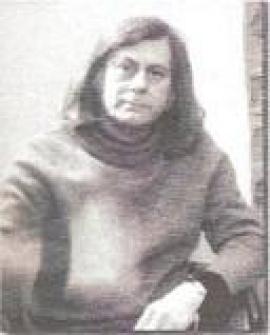 Miklós Szabó was born in Budapest. During the 1956 Hungarian Revolution he was a history and philology student at the capital’s university and was on the students’ revolutionary executive committee: after graduating, the above activities cost him a scientific career and he was forced to teach in a professional school in the provinces. In 1959 he found a job as a librarian at the Institute of History of the Hungarian Academy of Sciences and only in 1967 was he able to start doing research. He was one of the few representatives of the Hungarian revolution for whom the events of 1956 became a source of cultural activity and research. He was committed to keeping the memory of the revolution’s aspirations alive and in the Seventies he held underground history lessons in his own home; these courses came to be known, in 1978, as the Free University of Monday. When the Academy of Sciences threatened to sack him, he handed the management of the university over to Sandor Szillagyi and two colleagues took over his courses on the history of the Hungarian and Soviet Communist Parties. At the end of the Seventies he contributed to the Book in Memory of Bibo and wrote on the underground magazine “Beszèlo”. He strove tirelessly to find common ground between the various opposition forces with widely differing ideological stances (groups linked to the 1956 revolution, the local “people’s party”, former members of the farmers’ parties, religious communities). In the Eighties he held conferences in the so-called “Klubs” (groups that debated the opposition organizations) and under a pseudonym he published numerous articles criticizing the Hungarian situation. In 1983 he wrote: “although the Hungarian opposition is a sub-cultural phenomenon, it is a much more vital part of the Hungarian situation than it may appear to its own representatives or even to its enemies”. In another article he wrote: “the idea of national freedom is so closely linked to the 1956 revolution that the authorities have done their best to destroy it with every means at their disposal; for twenty years they have tried to root out any national and patriotic idea from Hungarian political culture. Obviously in vain”.
In the autumn of 1987 a meeting was arranged in Lakitelek between opponents belonging to the popular and national current; invitations were not extended to either the Communist reformists or to representatives of the liberal-democratic opposition, effectively sanctioning the split in the opposition movement. In the spring of 1988 Szabó and others tried to save a common front by creating the “Network of Free Initiatives”, of which Szabó became the spokesman. The experiment failed, however, and in the autumn of the same year the Liberal Democratic party was formed out of the Network. Szabó was a member of the National Council and played a vital part in drawing up the programme.
From 1990 to 1991 he was a member of parliament, while from 1998 to the time of his death he worked as a researcher in the Budapest Archives.