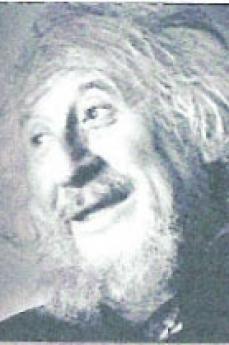 Radoj Ralin was born in Sliven, in central-eastern Bulgaria. His father was a well-read, open-minded man, known as the Bulgarian Aesop due to his acute epigrams, aphorisms and fairytales. Radoj published his first poems at the age of just eight, going on to write his first satirical texts between 1939 and 1949. From a very young age he was a member of the ”Association of Young Workers”, a branch of the “Bulgarian Communist Party”. During World War II he published an underground anti-Fascist newsletter, which led to his arrest. In 1944, when Bulgaria was occupied by the Russians, he joined the anti-Nazi forces and enrolled as a volunteer to fight at the front. On his return to Sofia in 1945, he witnessed the policy of slandering “bourgeois” and “reactionary” intellectuals. Repression against the Bulgarian poet Atanasa Dolcheva, and, in the Soviet Union, against Anna Achmatova and Michail Zoscenko began to instil doubts in him about the value of Communist ideology. In 1949 his first book, Poems, came out and was instantly slanged by the Communist critics; from that moment on, all his artistic or social initiatives were attacked by the regime. From September 1949 to August 1951 he lived in Czechoslovakia on a cultural exchange. On his return, for almost a year he was unemployed, finally finding a job on the editorial staff of the satirical magazine “Starshel”; he also started a satirical theatre linked to the magazine. In 1953 his show Mission in Europe enjoyed huge success, but it was soon banned at the explicit request of the then First Secretary of the Party. Within the space of just a few years Ralin became Bulgaria’s most famous satirist, unafraid of criticizing the authorities and speaking out in defence of freedom and justice. For the ten years he was the symbol of Bulgaria’s civil conscience. In 1961 he was sacked once again. He found work in 1963 in a film production company. In 1967 he started working in the publishing firm of the ”Bulgarian Writers’ Association”: the regime changed its tactics and now tried to discredit him in the eyes of the public with prizes and privileges, but Ralin responded to these attempts by returning everything to the sender and writing biting satirical epigrams. In 1968 he published Hot Pepper, the height of Bulgarian political satire; the book was immediately withdrawn from the shops and a fierce propaganda campaign was launched against the author, who, yet again, lost his job. From 1968 to 1976 Ralin was left dramatically without any means of support and lived in almost total isolation, even if the regime decided not to inflict even heavier repressive measures against him, especially due to his popularity abroad. In the Eighties, despite his difficulties, Ralin continued to be active artistically: he wrote satirical verses against the inherent vices of both party and society, openly opposed the “Bulgarization” of the Turkish minority and on this subject a protest letter and sent it to Radio Free Europe. In 1985, along with Zelu Zelev, he joined an underground political organization, which aimed to reunite all the opponents of totalitarianism. He supported the ”Independent Association in Defence of Human Rights”, the “Glasnost and Perestrojka Support Club” and the “Federation of Democratic Clubs”. On 19 January 1989 he was part of the group of Bulgarian intellectuals sent to the French embassy for a meeting with Francois Mitterand. After the fall of the regime and the changes in the country in 1990, he continued to live modestly, refusing awards and money: he refused to accept the new car assigned to him as a reward for his contribution to the Nation as a writer and public figure, preferring to give the equivalent value away in charity. He died of cancer in Sofia in 2004.