passionate pastor who preached for acceptance in repressive East Germany 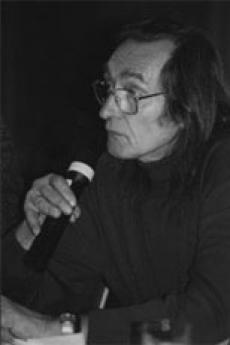 Walter Schilling was born in Sonnenberg, in Thuringia. His father was a pastor and both his parents sided with the anti-Nazi current of the Protestant church. At the age of seventeen, Walter decided to follow in his father’s footsteps, but being unable to study theology in the Soviet-occupied zone, he moved to the Ruhr. He later worked as a farm labourer and then as a miner in Westphalia. These experiences were to have a decisive influence on his social awareness. Between 1950 and 1955 he studied theology in Munster, Heidelberg and Jena. He became a pastor and his first assignment took him to the parish of Braunsdorf – Dittrichshutte, close to Saalfeld, in Thuringia. Thanks to his intense pastoral work, especially with young people, the ranks of his parishioners grew rapidly. As from 1968 he offered refuge to a variety of people, including hippies who were persecuted by the police in the GDR. Anybody could go to Braunsdorf, “an island in a sea of red”, because the pastor, who loved jazz and blues, did not expect any religious commitment from his guests. His services also appealed to non-believers and his innovative way of interpreting his pastoral duties, more the result of friendship than of a rigidly hierarchical organization, aroused the hostility of certain circles of the Church. At the same time, however, his method – defined as “Open work” – attracted other young pastors. In 1971 regular regional meetings began for the keenest youngsters and pastors. The youth communities of certain large cities, such as Erfurt, Halle and Berlin, disseminated his revolutionary ideas: community life, welcoming others without prejudice, the abolition of hierarchy in interpersonal relationships, joy and spontaneity. In 1974 he was removed from his position under pressure from the Stasi and started thinking of a political commitment, which took concrete form in 1976. He began, for example, to protect the young men who refused military service and he took part in the protest demonstration against the expulsion from the GDR of the writer Wolf Biermann. In various towns and cities in the south of the country he organized “thematic seminars”, which, by the end of the Seventies, involved some two thousand young people. In 1980 the authorities banned these gatherings, and in October of the same year they closed the Braunsdorf youth centre. The Stasi had been keeping Walter Schilling under surveillance since the end of the Fifties due to his constant failure to vote in the elections and because he made no mystery of his anti-Communist sentiments. Some of the files that concerned him were destroyed between 1989 and 1990, but what remained has revealed that some of his collaborators were at the service of the secret police. Schilling constantly warned his young people about the Stasi’s methods, especially exhorting them not to be tempted by offers of collaboration. He had spoken openly on the subject during their meetings since 1959 and in 1986 he held a cycle of lessons on it for the Thuringia youth groups. After the closure of the Braunsdorf centre, he worked on a broader national scale. In 1981, hoping – in vain – to provoke an adequate reaction from the Church, along with other “Open Work” members, he prepared a full set of documentation about human rights abuses in Thuringia”. In 1982 in Altendorf, he and other pastors formed the “Group for Peace” and took part in meetings held by Thuringia’s pacifist groups. He is co-author of the fundamental documents of the 1st “Basic Church” congress, organized as a sign of protest against the collaborationist attitude of the church hierarchy. In the autumn of 1989, during protest demonstrations against the government, he disseminated news of the attacks by the police and was arrested on 8 October, one month before the Wall came down. After the re-unification of Germany he focused on studying and clarifying the country’s recent past, and especially the role of the Evangelical-Hapsburgian Church in Thuringia, compromised with the regime. Walter Schilling retired in 1995 and he now lives with his wife in Dittrichshutte. The City of Weimar has assigned him its “Human Rights Award”.