historian and fundamental dissenter in the Czechoslovakian opposition forces 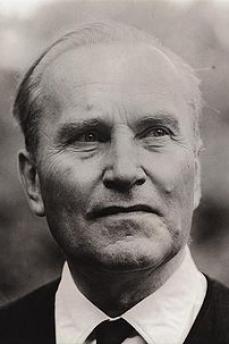 Jan Patočka was born in Turnov, his father taught Latin and Greek literature and his mother was an opera singer. He graduated in Philosophy, Roman Law Studies and Slavic Studies from Prague’s Charles University. In 1928/1929 he won a scholarship to study abroad and, among other things, attended the Sorbonne, where he met the philosopher Edmund Husserl. In 1931 he obtained a doctorate in Philosophy, the following year he was in Berlin and then Freiburg, where he attended lectures by Martin Heidegger and Husserl. He returned to Czechoslovakia in 1934 and took up a teaching job in one of the capital’s high schools. He was one of the organizers of the VIII International Philosophy Congress and helped arrange Husserl’s visit to Prague. He was then elected secretary of the Prague Philosophical Circle and joined the editorial staff of the leading Czech philosophical magazine. In 1936 he wrote a book entitled The natural world as a philosophical problem, with which he established himself as one of Europe’s leading thinkers. During the German occupation he continued to work as a high school teacher and in the autumn of 1944 he was arrested and sentenced to a forced labour camp.
After his release, he taught History of Philosophy at Charles University, but was forced to give up the position in the summer of 1949 because he failed to obtain the Party’s approval. Although he did not take a public stand against the regime, he was considered a potential enemy, especially because he refused to join the Communist party to save his career. He took up a research job at the Garrigue Masaryk Institute, where he organized private seminars for colleagues and former students. After the closure of the Institute, in 1954 he accepted a post at the Pedagogic Institute of the Czechoslovak Academy of Sciences, where he studied the philosophical and theological production of Jan Amos Comenio. Thanks to a partial thaw, as from 1958 he became an editor at the publishing house of the Academy of Sciences’ Institute of Philosophy. In the second half of the Seventies he gave several lectures in Germany and Belgium. He was rehabilitated in 1968 and returned to teaching at Charles University.
After the Soviet invasion Patočka refused to emigrate, not being able to imagine his life outside his country. In 1971, the University of Aachen awarded him a doctorate honoris causa, but the regime prevented him from collecting it. In 1972 for the second time he failed to gain the Party’s approval and was consequently forced to retire and see his publications withdrawn from bookshops and libraries. Despite this, he carried on with his scientific and pedagogical research: he continued to write and to organize private seminars in his own home. His writings circulated in the samizdat and were also published abroad. His book Heretical essays in the philosophy of history, published in 1975 by an underground publishing firm, was fundamental for the development of Czechoslovakia’s opposition movement. In this publication he underlined the need for the “solidarity of those who have undergone collapse” and the need to save the soul when “the world of everyday hope collapses all around us”.
People copied out his essays and learnt whole passages by heart; these then became the basic tenets of the future “Charter ’77”, of which he was one of the first signatories and spokesmen, along with Havel and Hajek. The texts he wrote in his capacity as spokesman: What Charter ’77 is and is not, What we can expect from Charter 77, and On the need to defend ourselves from illegality, in which, among other things, he observed that “people are once again aware that there are things that are worth suffering for, and that the things for which they may suffer are those for which it is worth living”, fully explain the essence and the task of the movement, and constitute his moral and political testament.
On 2 March 1977 he met the Dutch Foreign Secretary in a Prague hotel. The meeting seriously embarrassed the authorities, and the next day the Secret Police arrested Patočka and interrogated him for ten hours. The maltreatment he suffered at their hands caused him to be admitted to hospital, where he died on 13 March.
Over a thousand people attended Patočka’s funeral, despite the secret services using every means at their disposal to prevent this happening: numerous members of Charter ’77 were stopped and questioned, and even the foreigners present were carefully checked by the police. To make it difficult for people to reach the funeral, traffic was diverted and during the service a police helicopter flew over the area to prevent people from hearing what was being said.

Jan Patočka is honoured in the Garden of Brescia.