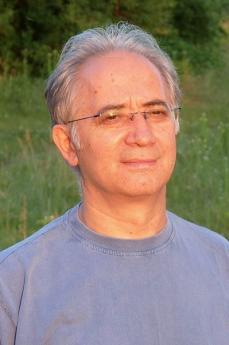 Gabriel Andreescu was born on 8 avril 1952 in Buaz, Rumania. In 1953 his father was jailed for his opposition activities. In 1976 Gabriel graduated in Physics from the University of Bucharest. For three years he taught in various senior high schools, from 1980 to 1989 he was engaged in research at the capital’s Institute of Meteorology and Hydrology. At the end of the Seventies he began to contribute to a number of magazines: “Revista de filozofie” [Philosophy magazine] “Studii si cercetari lingvistice” [Linguistic Research Studies], “Revue roumaine de linguistique theorique et appliquée” [Rumanian magazine of theoretical and applied linguistics]. He was a close colleague of professor Solomon Marcuse, a specialist in the application of mathematical models to social sciences.
In the Seventies he was interrogated for the first time by the Securitate and accused of corresponding with foreigners, using western embassy libraries and speaking about certain Rumanian and international events in a manner not compliant with Communist dogma.
From 1982 on, he sent various articles criticizing the political situation in Rumania abroad. Radio Free Europe broadcast passages from his diary and this was sufficient for him to be arrested in December 1987 and charged with high treason. The ensuing international outcry secured his release a month later. In 1988, Solidarność invited him – along with Doina Cornea and Mircea Dinescu – to take part in an international meeting in Poland, but the Rumanian authorities refused him a passport. Andreescu sent the organizers a letter – subsequently broadcast over Radio Free Europe – in which he condemned the human rights abuses in his country and appealed to civil society to take a stand against the regime. In May 1989 he went on a two-week hunger strike to protest against human rights violations and addressed a letter to the Conference for Security and Cooperation in Europe then taking place in Paris. In the document, published by “Liberation”, he declared his support for “the right of democratic states to interfere in the politics of Communist countries on issues such as human rights and civil liberties”. In the autumn of 1989 he was placed under house arrest and kept under constant surveillance by the Securitate. In December he was transferred to Rahov prison in Bucharest. He was finally released on 22 December 1989.
Following the events of 1989 he joined the Committee of the National Salvation Front, the first organ of the new system of government; he soon resigned, however, in protest against the lack of respect for democratic principles. He was committed to rebuilding a true civil society and was one of the founders of the Social Dialogue Group as well as a member of the Rumanian Helsinki Committee. He has worked as both editor and contributor for various magazines dealing with human rights and national minority issues.
He has received numerous prizes and awards, including the "Pro Amicitia" award from the Association of Hungarian journalists in Rumania, established by the Budapest government for his work in favour on the Hungarian minority. He was also nominated “journalist of the year” by the European Commission delegation.