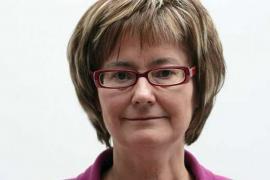 Irena Zofia Romaszewska was born in Warsaw, where she would graduate in Physics. In 1956 she took part in a national conference on the potential of youth movements and she got involved in Polish scoutism. In 1967, with her husband Zbigniew, she collected signatures in defence of Adam Michnik who had been expelled from the University of Warsaw because of his opinions.

After the events of March 1968 the flat of the Romaszewskis became a meeting place for the members of the opposition. From 1969 to 1971 their home hosted regular meetings of a circle of political self-education.

In 1976 Zofia started working with the Workers’ Defence Committees (KOR), she collected money in favour of the victims of the crackdown following the protests in Ursus and Radom, where she went many times bringing material relief and money and gathering information to compile a file with the victims of repression.

On 18 September 1977 she signed the policy statement of KOR and, with Zbigniew, she ran the Committee’s Bureau of Action.

She helped draft the report The papers of illegality distributed by underground publishing house NOWA, which describes the grossest civil rights violations perpetrated by the regime. Afterwards, on behalf of the Helsinki Commission of KOR, she wrote the Report on the respect of human and civil rights in the People’s Republic of Poland, which would be read in autumn 1980 at the Conference for Security and Cooperation in Europe in Madrid. With her husband, she curated the column Legality for the Information Bulletin of KOR. For these initiatives they were interrogated and searched many times and they were often held by the Security Services.

Since November 1980 Zofia Romaszewska worked at the "Committee of Action for Legality " of Solidarność in the region of Masovia, without succeeding though in subscribing to the union: in fact she thought that she could not be a member of a union which at the same time was her employer. When the State of War was introduced on 13 December 1981, she managed by chance to escape arrest with her husband, while their daughter Agnieszka, member of the Students’ Independent Movement (NZS) of the University of Warsaw, was shut in an internment camp. The Romaszewskis were thus compelled to flee and they organized the first underground radio of the Solidarity (Solidarność) Movement. It was Zofia’s voice that was aired in the first radio broadcast that despite enormous difficulties reached every neighbourhood of Warsaw: it was 12 April 1982, Easter. Without letting herself be intimidated by the broad police action to seize the transmitter and tried everything possible to disturb the radio signal, Romaszewska went on leading the channel’s editorial staff and broadcasting new programmes, until 5 July 1982, when she was discovered and arrested with her husband. She remembered the moment of her capture this way: "Both police agents who had arrested us ran after Zbigniew who tried to escape. I remained alone at home. I had no more strength to flee. I did not want to. It did not matter to me anymore. I was very tired of our continuous hiding, and our continuous expectation to end up inside” .

On 17 February 1983, during the trial against Radio Solidarność, she was sentenced to 3 years in jail and shut in the Warsaw prison, where she immediately went on hunger strike to protest detention conditions.

In May 1983 she sent an open letter to the Parliament in which she described the situation of Warsaw prison and the abuses inflicted by the guards. She was released in July 1983 thanks to an amnesty law.

In 1985 she went to the United States for six months with a grant that was paid also to her husband, who though could not leave as he was refused his passport. During the stay she created the “Polish fund for the respect of legality”, a fund raising project that would provide the basis for the rebuilding, no more in the underground, of the "Committee of Action for Legality” of Solidarność, sought by Lech Wałȩsa in 1986 to defend the people who were persecuted because of their unionist activity. The Commission would be run by Zbigniew Roamszewski from 1986 to 1989, with the active participation of his wife.

In 1987 she and her husband were awarded the Prize for Human Rights by the "Aurora” Foundation of Stanford University in California. In 1988 she was among the organisers of the first International conference for Human Rights that was held in Krakow upon initiative of Solidarność’ "Committee of Action for Legality” and the “Freedom and Peace” Movement.

Since 1989, with the fall of the regime and until 1994, she was the Director of the Action Bureau of the State’s Chancellory, while from 1991 to 1993 she was a judge at the State Tribunal.

In 1990, together with her husband and the Lithuanian movement “Sajudis” she held the second International conference on Human Rights in Leningrad on behalf of the Human Rights Foundation. In 1998 she helped organise the third International Conference on Human Rights in Warsaw. Since 1995 she has been a member of the Association Poland-Chechnya and in 2000 she was among the organisers of the exhibition The manifesto and history in Cuba, an exhibit against totalitarianism that sparked a violent reaction of the Cuban regime. She retired in 2002.

In 2006 she was awarded the Cross of the Order of Polish Rebirth (Polonia Restituta) by President Kaczyński and in 2007 she was appointed chancellor of the Chapter of the Order, a post she left on 28 September 2010 out of protest against the bestowment of the honour to people who in her opinion did not deserve it by President Komorowski.

(1) The Catholic-oriented Polish scouting movement (Zwiazek Harcerstwa Polskiego – ZHP) was created in 1918. During World War Two, scouts were active members of the underground structures of the Polish resistance and worked mainly as couriers. It is estimated that nearly 5.000 young boys and girls, and also children, were involved in underground actions, and many of them died during the Warsaw Uprising. After 1945 the Christian ZHP movement was outlawed and replaced with the Association of Polish Youth (ZMP). ZHP was restored in 1956, with features radically different and far from the initial spirit of which only some exterior signs are kept. The full restoration of the original features of scout movement would be possible in 1990.

(3) Pacifist movement that opposed the communist regime, active in Poland from 1985 to 1992.

(4) The State Tribunal, in the Polish political system, is the body that judges over the responsibilities of the people in the top posts and the state officials relating to alleged violations of the Constitution and the laws.

(5) The Sajudis movement started on 3 June 1988 and run by Vytautas Landsbergis, also known as Movement for Reforms in Lithuania, is the political force that led the struggle for independence in Lithuania in the Eighties and Nineties.

(6) Collegial body that must watch over the honour and the prestige of the Order of Polish Rebirth, or Polonia Restituta, one of the highest honours in Poland.