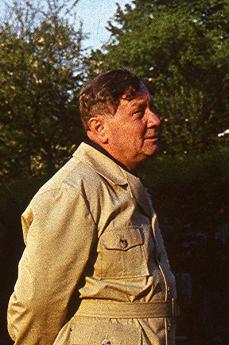 Josef Zverina was born on 3 May 1913 in Stritezi u Trebice, in Moravia. He attended the archiepiscopal high school in Prague-Bubenec (1932) and then studied Philosophy and Theology at Rome’s Lateran University. He was ordained a priest in Rome on 11 July 1937.

On his return home, from 1938 to 1942 he worked in a parish in Plzeň and in Prague at the church of St. Nicholas. In 1942 he was arrested by the Gestapo and spent thirteen months in a concentration camp.

After the war he returned to his post as parish priest at St. Nicholas in Prague; from 1946 to 1947 he went to Paris to further his studies in art history and archaeology. On his return to Prague he became an archaeology and Christian art assistant at the Theology Faculty of Charles University. On 18 June 1948 he obtained a doctorate in theology from the same university.

Following the closure of theological institutes in 1950 he did 13 months’ compulsory military service. On 24 January 1952 he was arrested and received a 22-year jail sentence for "espionage and high treason”. He was initially held in the ancient fortress of Mirov, in Moravia:

“In the cells we were all crammed in together, ecclesiastic and lay detainees, political prisoners and common criminals. We were subjected to forced labour of various kinds (...). At the end of the first three months, I was hauled off in handcuffs to renewed interrogation sessions: I never knew why (...). My interrogation lasted nine months, in complete solitary confinement. After which I was transferred to Camp 4, in the Jachimov region where forced labour involved extracting uranium minerals, which were then transported by rail, in two or three convoys a day, to the Soviet Union. During loading operations, between 40 and 60 tons passed through my hands every day. I was then moved to another camp where work was physically less exacting, but much more dangerous: the plant produced preparations for laboratory experiments on behalf of the Soviet Union. There was no form of protection against irradiation, dust and radon gas (one of the rare gases that is formed and emanates from radioactive elements)”.

After eighteen months I was moved again, this time to Leopoldov prison and from there to Valdice, in Bohemia, where my job was to clean crystals:

“That was very difficult and strictly, regulated work. To do it we organized ourselves in teams, but with each individual performing a single operation. I worked there for another five years. After 14 years in prison I was released on probation: if I had breached the rules again, I would have had the remaining 8 years of my 1949 sentence added to any new one. For the next ten years I was still deprived of my civil rights”.

Freed in December 1965, up until 1968 he did various manual jobs while rebuilding his contacts and taking missionary initiatives during the euphoric months of the Prague Spring. He was the leading light of the DKO (Council Revival Work) and director of the theological magazine "Via"; in 1969 for a few months he acted as assistant in the Cyrillo-Methodian Faculty of Litomerice. From 1970 to 1974 he was the parish priest in Praskolesy u Zdic; in 1974, out of favour with the authorities, his state permit was revoked and he was forced into early retirement. From his small home in Prague – in which he was practically under house arrest – he devoted himself increasingly intensely and "discreetly" to the spiritual wellbeing of his flock and to his theological studies.

Some of his works reached the West, establishing his reputation as one of the most significant theologians of the Twentieth century. Simple and steadfast in his Christian convictions, he became one of the most authoritative figures of Czechoslovakia’s religious and civil renaissance. He worked with cardinal Tomášek and in 1977 signed document no.1 of “Charter 77”.

In October 1988 he was awarded an honorary degree in Theology by the University of Tübingen, collected for him by his friend Rabas. In December 1989, during the huge popular demonstration staged in Prague, Václav Havel invited Josef Zverina to speak before a crowd of over half a million people. In 1990 he returned to the Theology Faculty of Charles University. He died during a trip to Italy, on 18 August 1990. In 1991 he was decorated, in memoriam, with the Order of Masaryk. He is buried in a common grave with nuns in Prague’s monumental Vysehrad cemetery.