an active voice against totalitarianism in Romania 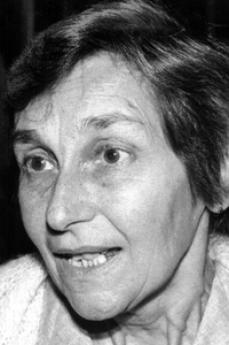 Doina Cornea was born in Brasov, in Transylvania. In 1942 she graduated in French Philology, from 1952 to 1958 she taught in a senior high school, then obtained the French Language and Literature chair at the University of Cluj. In 1983 she was sacked for introducing the works of certain western philosophers as well as religious literature into the curriculum. Her commitment to the opposition began in the late Seventies, when, as she herself stated, she realized that the Communist system was leading to the destruction of human conscience. Between 1982 and 1989 she sent Radio Free Europe over 30 open letters in which she denounced the Communist system’s corrosive influence on personality. In her protest letters against the “systematization” of the countryside, the destruction of the churches and the political persecutions, she affirmed the need to introduce a new social model based on private property, the separation of powers, pluralism and respect for human rights. She also proposed a new educational method. She asked for international aid for Rumanian society and exhorted Ceaușescu to introduce significant changes or to resign. In 1987, three days after the Brasov strike, along with her son Leontin Iuhas, she distributed 160 leaflets expressing solidarity with the demonstrators in Cluj. On 19 November she was arrested and detained until the end of December. In July 1988 she addressed an open letter to Ceaușescu – broadcast by Radio Free Europe a month later – in which she spoke out once more against the “systematization” of the countryside. From that moment until 21 December 1989 she was kept under house arrest and her apartment was constantly watched by the Security Forces: anyone who approached and who did not live in the area was stopped and registered and the street she lived in was closed to traffic. The only person allowed to contact her was her lawyer, Gheorghe Vasilescu. Sporadically she obtained a permit to leave her home to visit her father’s grave. There she met with Eva Cs. Gyimesi, a representative of the Hungarian minority in Transylvania, thanks to whom she managed to circulate news of her situation. In an open letter to Doina Cornea broadcast by Radio Free Europe, Eva Cs. Gyimesi guaranteed her moral and political support, and proposed cooperating with her in defence of Hungarian minority rights in Transylvania, setting up a human rights committee. Doina Cornea, however, refused because she did not intend to link her name to any political organization. She only asked for moral support for her action, which, as she stated, had never been of a political, but only of a spiritual nature.
In a letter to her daughter in May 1989 she wrote that she had been brutally beaten by the police and threatened with death. The letter reached Paris, where it was read publicly during the Conference for Security and Cooperation in Europe. After the events of December 1989, Doina joined the executive of the National Liberation Front, from which she resigned on 23 January 1990. She was a founder member and honorary chair of the Rumanian Anti-totalitarian Forum, a founder member of the Group for Social Dialogue and of the Civic Alliance as well as founder and deputy chair of the Rumanian Cultural Heritage Foundation. Doina Cornea has received numerous prizes and awards, including an honorary degree from Brussels’ Free University, the French Legion of Honour and the Order of the Great Cross in Rumania.