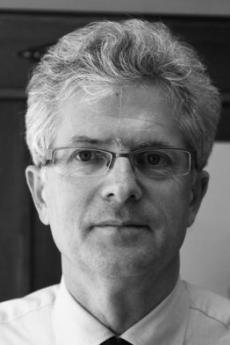 Arkadiusz Rybicki was born in Danzig and, along with his friend Aleksander Hall, began actively opposing the regime when he was still at high school. He was also the teenager that scrawled: “Don’t forget Katyn” on the walls of the city. Hall recalls: “Arek was always brimming with new schemes and ideas. He was a very principled, thoroughly honest and modest man and also a true friend.” They were both close to the Dominican father Ludwik Wisniewski, who was the mentor of numerous future Polish opposition leaders. In 1976, during the workers’ demonstrations in Ursus and Radom, Arek came into contact with the newly formed Workers’ Defence Committee (KOR) in Warsaw, to which he devoted all his energy. At that time he was studying History at Danzig University, where he started up the Student Solidarity Committee. He began working with the Free Underground Trade Unions and with the Movement for the Defence of Human and Citizens’ Rights (ROPCIO) as well as writing for various underground magazines. In particular, however, he and Hall were committed to the Catholic Young Poland movement. As from 1976 he was frequently stopped by the police and was unable to find a job. He was helped by father Hilary Jastak, another legendary figure of the Baltic coast, who hired him as an archivist in his parish. In August 1980 he was among the strikers at the Danzig shipyards, and later became a Solidarność activist. It was he who wrote the strikers’ 21 demands on the wooden board included by UNESCO in 2003 among mankind’s most important documents. In 1981 he headed the press office of the Solidarność National Commission. On 13 December 1981 he was arrested and imprisoned. His released came one year later. Between 1983 and 1988 he was among Lech Wałȩsa’s closest and must trusted collaborators. At that time he was again unable to find a job, so Maciej Płażyński hired him in the “Swietlik” cooperative. From 1990 to 1991 he was President Wałȩsa’s chancellery secretary, and then a councillor in the Danzig city hall. From 1999 to 2001 he was deputy minister for Culture, in charge, among other things, of international cooperation and European integration. In 2001 he joined the Civic Platform (PO) party, of which he was chairman for the Danzig constituency. In 2005 he was elected a Member of Parliament, and re-elected again in 2007. But politics did not entirely consume him. His greatest efforts were devoted to his family. “In 1984 our son Antoni was born” he wrote in a brief autobiography “He was diagnosed as autistic and the doctors told us that there was no cure for this condition. But we did not give up: we set up an association for these children and today there are fifty therapists working with autistic children in Danzig. My son knows many things, but since my wife has necessarily become a specialist, our telephone rings from morning to night”.