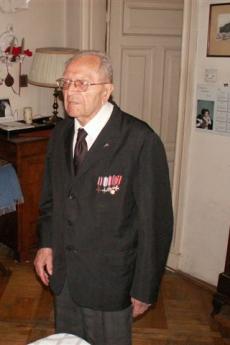 Janusz Krupski – one of the victims of the recent Smoleńsk air disaster – was born in Lublin. From 1970 to 1975 he studied history at Lublin’s Catholic University. In 1973 he publicly opposed the formation, within the university, of the Polish Socialist Students Association, which the regime planned to impose as the only form of student union. Krupski reported the plan to the primate Wyszyński, who consequently signed a decree banning the association. In 1974 Krupski organized a demonstration to commemorate the victims of both the 1970 events in Danzig and of the Katyn massacre. In those years, the spiritual and intellectual mentors of Lublin’s independent student circles were the Dominican father Ludwik Wisniewski and the historians Władysław Bartoszewski and Adam Stanowski.

As Bartoszewski recalled: “I cherish the memory […] of the presence among my students of Bogdan Borusewicz, Janusz Krupski and Piotr Jeglinski, who heard from me for the first time in their lives, as they themselves said, the history of the Polish underground State”. Encouraged by these accounts, in 1975 Krupski decided to start an underground magazine. For the purpose, he managed to get a spirit duplicator shipped in from Paris, keeping it in his own house and he then founded the “Spotkania” (Encounters), publishing house. Spotkania published books, smuggled information about the life of the Polish opposition movement to the West and printed the first communications of the KOR. In 1977 the “Spotkania - young Catholics magazine” began publishing articles by Poland’s leading intellectuals – not all of them Catholics – who were attracted by the magazine’s openness to dialogue. Spotkania continued publishing until the autumn of 1988. An authentic youth movement grew up around the magazine, contributing to the human, religious and political development of numerous Lublin students. In the 1970s Krupski was stopped and interrogated by the police on several occasions. From the autumn of 1980 to December 1981 he belonged to the Executive Committee of Solidarność. After the introduction of the State of War he managed to avoid arrest by going into hiding. He was eventually arrested on 22 October 1982 and held in a detention centre for several months.

On 21 January 1983 he was snatched in Warsaw by a group of secret agents who took him into a forest and poured acid all over him. He survived but suffered serious burns. In 1994 those responsible for the attack against him were tried and sentenced. After 1989 he returned to publishing and, alongside “Spotkania”, he started up the “Krupski & Partners” publishing firm. From 2000 to 2006 he was deputy chairman of the Institute for National Memory. In 2006 he was appointed director of the War Veterans and Persecuted People Bureau, with the rank of minister. The President of the Chamber of Deputies and his friend Bogdan Borusewicz said of him: “Janusz was a man of crystalline honesty, an inspiring page in the history of the opposition”. He is survived by his wife and seven children.