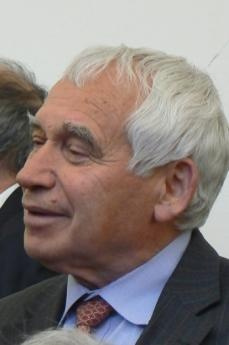 As a philosophy graduate, Zelu Zelev frequently suffered censorship and repression because of his anti-materialistic thinking, which he had no qualms about making public in Bulgarian political and scientific circles.
As an anti-Marxist in 1965 he was prevented from discussing his research dissertation and was deprived of his residence in Sofia.
He started to write The Totalitarian State, which was published in 1982 under the title Fascismo. In this book Zelev declared that there were no substantial differences between Communism and Nazism, a highly dangerous line to take in a country living under real socialism and one that brought him under scrutiny by the regime: in 1983 the secret service opened a file on him.
In 1989 Zelev proposed that all the opposition forces should join in a single front, giving rise, on 7 December, to the “Coalition of Democratic forces”, of which he was nominated president.. It was also thanks to his balanced approach and moral authority that one year later the country became a democracy without bloodshed.
His moral standing led to his nomination as the first president of a free Bulgaria.