educator and anti-totalitarian dissenter in Czechoslovakia 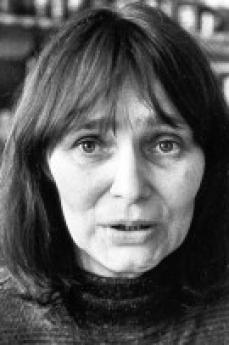 Dana Němcová was born in Most, in the north of the Czech Republic. As a child she witnessed Czechs attacking deported Sudeten Germans, in the early Fifties she was horrified by the violent campaign supporting the death sentence for political crimes. In 1952, she worked as a primary school teacher; from 1953 to 1958 she studied Philosophy and Psychology at Prague’s Charles University and during that period she converted to the Roman Catholic faith. After graduating she worked as a psychologist, married the Catholic intellectual Jiri Nemec and with him attended Jan Patočka’s underground seminars. During the Fifties Dana and her husband were in close touch with Polish Catholic intellectuals linked to the magazines “Znak”, “Wiez” and “Tygodnik Powszechny”, helping to transport and disseminate Poland’s underground literature in Czechoslovakia and also working to develop dialogue between Christian and Marxist dissidents. In August 1968 Warsaw Pact troops invaded Czechoslovakia and Dana went to Austria, returning home just three months later. She and her family were involved in the underground cultural and musical circles opposed to the so-called “normalization” process. In the Seventies she helped organize concerts given by the Plastic People and other groups: since they were banned from performing in public, their concerts were held in private venues and were often brutally suppressed by the Secret Police, who arrested numerous participants. In the spring of 1976 Dana organized demonstrations against the detention of the Plastic People, she was one of the first signatories to Charter ’77 and her flat became the venue for the movement’s meetings. In April 1978 she and others set up the Committee in Defence of the Unjustly Persecuted (VONS), thereby earning herself a stretch in prison from May to October 1979. She received a two-year suspended sentence for “attempting to subvert the Republic”. In the Seventies and Eighties, she enjoyed great popularity, especially among the young. In 1988 she was one of the founders of the Czechoslovak Helsinki Committee and the following year she became spokesperson for Charter ’77. Immediately after the “Velvet Revolution” she entered the Federal Assembly and with the 1990 elections she became a Member of Parliament, where she deals above all with immigration issues.