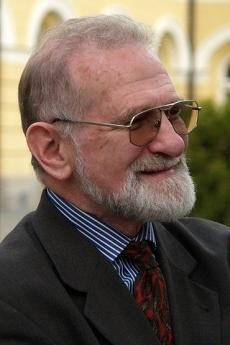 The historian Bronislaw Geremek was born in Warsaw to Jewish parents Boruch and Szarca Lewertow. In 1940 he and his family were gated inside the Warsaw Ghetto, from where he managed to escape with his mother in 1942. His father, however, died in Auschwitz. Recalling those years, Bronislaw said: “I have never gone back over my childhood experiences, although it was they that formed me. The world was burning before my very eyes. The small world of my family traditions was burning too, that world in which the continuity of values, standards and basic rules were preserved and guaranteed. The world of my childhood kept falling apart around me. All this contributed to shaping my future sensitivity”. After his escape from the Ghetto, Bronislaw found shelter in the home of Stefan Geremek, who was to marry his mother at the end of the war and who gave Bronislaw his surname. In 1954 he graduated from Warsaw University’s Faculty of History and continued his studies at the Ecole Pratique des Hautes Etudes in Paris. From 1955 to 1985 (with a break from 1960 to 1965) he worked at the Institute of History at the Polish Academy of Science (PAN) where – from 1960 to 1985 – he headed the Institute of Medieval History. From 1962 to 1965 he taught at the Sorbonne. On 22 August 1968 he left the PZPR – having been a member since 1950 – in protest against the invasion of Czechoslovakia. In the autumn of 1968 his sympathies were with the opposition and from the spring of 1977 with the KOR. One year later he and others founded the “Flying Universities”, where he held courses and seminars. On 20 August 1980 he signed the petition addressed to the authorities by 64 intellectuals in support of the strikes along the Baltic coast. On 22 August he went to Danzig with Tadeusz Mazowiecki and became a member of the Strike Committee’s Commission of Experts. He was joint-author of Solidarność’s Charter and political programme, the declared aim of which was to instate democracy in Poland “slowly and from the bottom up, without destabilizing the political system”. In line with this philosophy, Geremek tried to find points of agreement with the government, taking care, however, to exclude any collaborationist attitudes. During 1981 he played a key role in preventing the social situation from precipitating and descending into violence against the authorities. On 13 December 1981 he was interned in a prison camp, from which he was released in December 1982, but on 17 May 1983 he was arrested again and charged with organizing illegal meetings; he was constantly under surveillance and his apartment was searched several times. For 20 years – 1968 to 1988 – he was refused a passport and was thus unable to travel abroad. In 1983 he joined Solidarność’s commission of experts for underground cells and in 1985 he was sacked from the Academy of Science. He wrote extensively on the Polish situation and expressed his own political ideas in publications that appeared in the underground press. He opposed a statist vision “the crowning of which is the totalitarian temptation” with a democratic approach in which man “becomes a citizen through the irrepressible need to express his own freedom”; he also underlined the need for intermediate structures between the individual and the State that could educate people in social subjectivity and the defence of human rights and civil liberties, thus restricting the omnipotence of the State. He backed the need to cooperate with all those opposing the totalitarian regimes in force in Poland’s neighbouring countries: Ukraine and Lithuania, Czechoslovakia and Hungary, to coordinate actions and create a community of Eastern European Countries. He was encouraged by the renewal taking place in the USSR under Michail Gorbachev and, in 1986, saw in Andrei Sakharov’s release from internal exile a hope for dialogue between Russians and Poles based on the “peoples’ right to national sovereignty”. With great political lucidity Geremek wrote: “The Poles want freedom and they want independence and they have a right to both. However, the political realism of the Eighties teaches us that we have to take the geo-political system into account, but also the possibility of it being reformed …in a move towards greater freedom in the economy and in social and political life”. This is why he backed the line of “minimum collaboration” with the government.
In 1989 he took part in secret meetings with government representatives preparatory to the Round Table talks; he then joined the plenary sessions of the same and was co-president of the Commission for Political Reform. On 4 June 1989 he was elected to Parliament in the ranks of Solidarność. From 1997 to 2000 he was Minister of Foreign Affairs. In 2004 he was elected to the European Parliament. The author of numerous publications on the history of the Middle Ages in Poland and in Europe, he received honorary degrees from several foreign universities. In France he was appointed Officer of the Legion of Honour, in Germany he received the Great Cross of the Order of Merit, and in Poland he was awarded the highest honour: the Order of the White Eagle.
He died on 13 July 2008 in a road accident as he was driving back to Poland from Germany. On 14 April 2009 the oval courtyard of the European Parliament in Strasburg was named after Bronislaw Geremek.

Bronislaw Geremek is honoured in the Gardens of Rome - Villa Pamphilj e Warsaw.