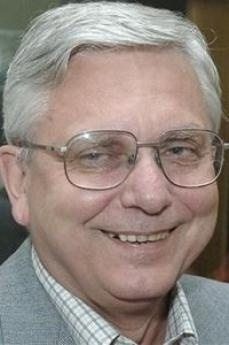 Miklós Duray was born in the city of Lucenec, Slovakia; in 1978 he graduated in Geology from the University of Bratislava. In 1966 he joined the cultural association of the Hungarian minority in Slovakia "Csemadok". Along with Aleksander Varga he founded the “Jozsef Attila Youth Club” of which he was chairman from 1965 to 1969. From 1966 to 1969 he was a member of the "Csemadok" Central Committee, but was expelled for political reasons. In 1978 he was one of the organizers of protests against bilingualism in the Hungarian schools in southern Slovakia. In March 1978 he helped set up the Committee in Defence of Hungarian Minority Rights in Czechoslovakia, the relevant documents of which were sent to Charter ’77, and then disseminated abroad too. In May 1979, thanks to Václav Havel’s brother Ivan, he met sympathizers of Charter ’77 and in particular became a friend of Václav Benda; in 1983 he was one of the signatories to the Charter. In 1979 he wrote Kutyaszorítóban [In Dire Straights], in Italian Nella morsa, a novel in which he described relations between the various nationalities of southern Slovakia in the Fifties and Sixties. On 10 November 1982 he was arrested for trying to publish his novel abroad and for taking part in events against the planned reforms of the education system. He was accused of trying to subvert the State, but his trial never came to court and on 22 February 1983 he was released. Towards the end of that year the authorities resumed their attempt to reorganize the schools of Slovakia’s ethnic minorities and for having protested against this project he was arrested again, on 10 May 1984. Numerous Czech and Slovak dissidents, including Jan Carnogursky, Milan Simecka and Miroslav Kusy, wrote letters in his defence, protesting against the prison sentences meted out to anyone who publicly criticized the Government’s line. Duray was released on 11 May 1985 under an amnesty. In 1987 the signatories to Charter ’77 and the Committee in Defence of the Human Rights of the Hungarian Minority in Czechoslovakia published a declaration about minority rights, guaranteed by international treaties. Between 1988 and 1989 he studied in the United States. On his return in 1990 he founded a political movement called “Coexistence”, which was initially supposed to reunite all the national minorities present in Slovakia, but in fact became the political representation of the Hungarians. Since 1990 Miklós Duray has been a member of parliament for the Hungarian Coalition Party, of which he is deputy chairman. Alongside his political activity he has continued writing: in 1993 he published a collection of short stories entitled Yesterday they made us eat mad mushrooms and in 1994 a collection of fairy stories for children.