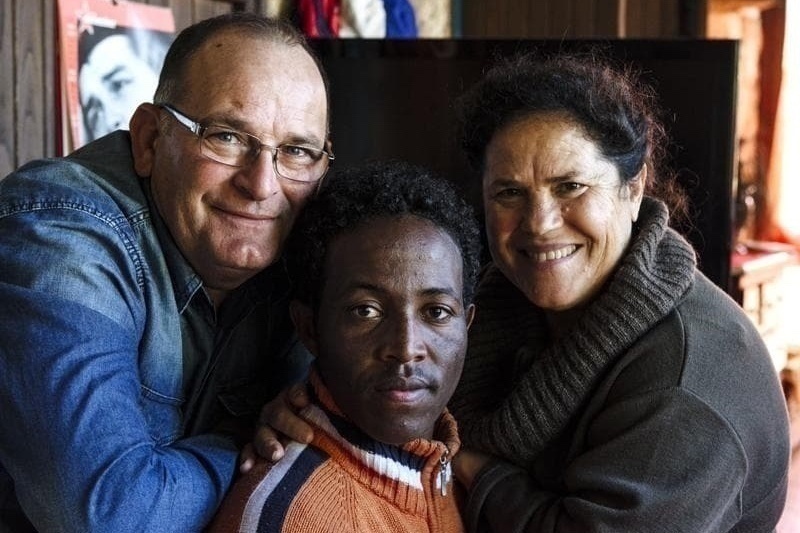 Like many island dwellers, he found himself compelled to live with the plight of the refugees, who land along the coasts in inhumane conditions, or, in the worst cases, arrive there after losing their lives; he did not fail to prove many times his hospitality and humanity towards the desperate of our sea.

During the shipwreck of October 2013 (to which 368 people lost their lives), Costantino, who by chance was at sea, had taken his fishing boat at large, and found himself faced with an incredible number of people in the water. Without a moment of hesitation, he did all he could with his fellow fishermen to load on board the highest possible number of castaways, thus saving them from sure death.

“Some of them reacted, coughing water mixed to the fuel they had swallowed, other seemed dead but we loaded them ob board all the same, hoping they could be saved”.

He fished out again 12 of them, all Eritrean kids who were naked, their bodies covered with nafta oil, he took them on the land, he welcomed them at his home and helped them also in the following days.

Baratta has kept in touch with the whole of them, who, fleeing a country dominated by an authoritarian regime, when they can still go back to see him to thank him for rescuing them from a dreadful fate.

Both before and after this indeleble date, Costantino committed themselves to the rescue of migrants, becoming one of the most representative figures in this humanitarian emergency.