a woman to the rescue of migrants in Africa and Lampedusa 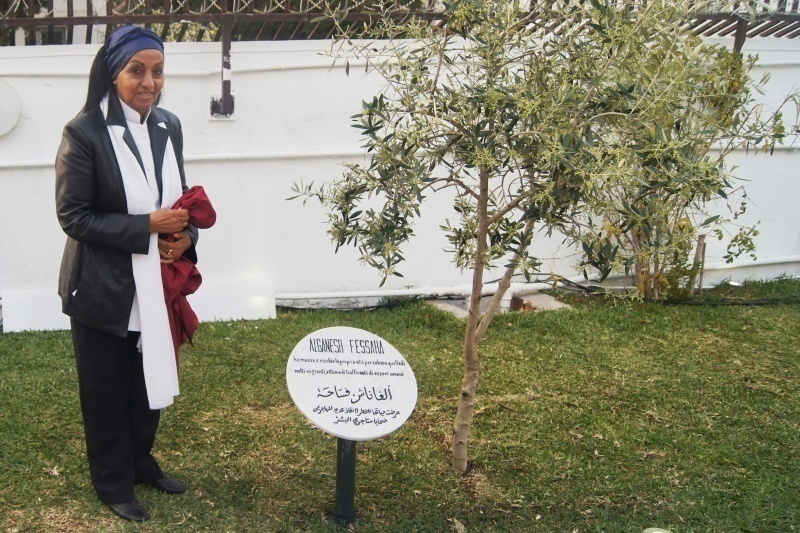 Alganesh Fessaha has Eritrean origins, though she’s been living in Italy for 40 years. Ayurvedic medicin specialist, she is the co-founder and president of the Ghandi NGO, established in 2003 by a group of doctors, university professors and lawyers; the organization is devoted to the children, teenagers and women’s support, through the development of several assistance projects in different African countries, Europe and India.

Her commitment is focused on the thousands of people who, on the run from the Eritrean regime of Isaias Afewerki compulsory military service and forced-labour, became human trafficking victims. Trying to escape from the dictatorial regimes of their countries of origin, migrants are captured by trafficants and imprisoned in Sinai, Libya and Sudan “lagers” - as Fessaha calls them, explicitly. People are kept in detention under inhuman conditions (described by Fessaha in her book Eyes in the desert - a realistic and uncensored representation of that cruelty; images of these people’s suffering, both phisical and psychological), in order to demand a ransom from their families. If relatives and friends are not able to pay, trafficants profit upon the illegal organ trade. The Human Trafficking Cycle: Sinai and beyond report, presented in 2013 to the European Parliament by the European commissioner Cecilia Malmström, tells about 25-30 thousands people that fall as victims of Sinai trafficking, just between 2009 and 2013.

During her frequent journeys in the interested areas, Alganesh managed to save thousands of people thanks to the help of a salafi sheik, Awwad Mohamed Ali Hassan. Since the day of their encounter, happened in a situation of great danger for Alganesh - a christian woman alone in Sinai -, the two obtain the release of thousands of men and women, without paying a single ransom. Neither the violence could break this woman’s resolution: despite threaths and broken bones, she returned several times to those places, and she still is a benchmark for the families of the thousands of still missing Eritreans.

Alganesh holds a strong bond with the island of Lampedusa as well, where she rushed over several times after the tragedies involving the migrants. Apart from taking care of the survivors and supporting the families, the woman denounced the presence of Eritrean government ambassadors, called by the Italian police as interpreters to collect the surivors’ depositions. Fessaha herself opposed to this new attempt of detention, an annihilation of courage, dignity, the lives of the few who managed to reach Italian coasts.

It is because of the strength of her voice, the voice of an uncensored truth, that she obtains the Peace Award by the President of Regione Lombardia in 2009; furthermore, she was honoured in 2013 with the Ambrogino d’oro, the highest certificate of merit in Milan.