fisher of men in the Isle of Lesbos 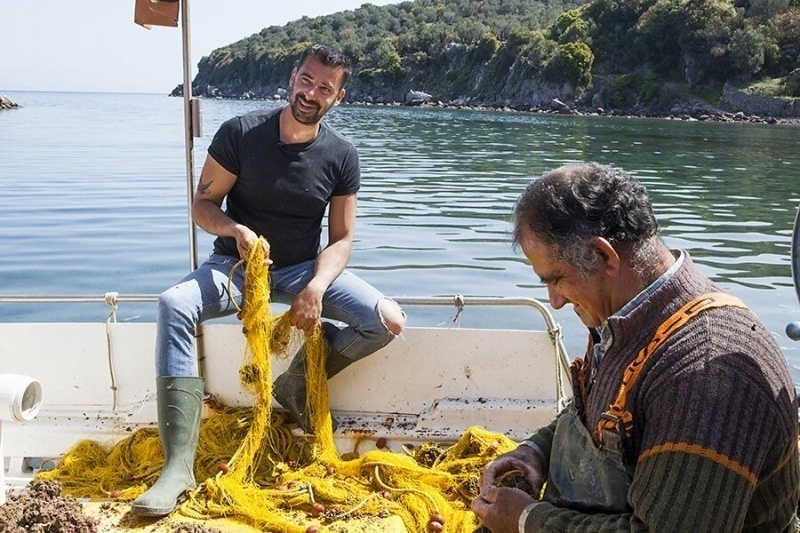 Stratos Valiamos, native to the mountainous hinterland of Lesbos, at the age of twenty he chose to be fisherman and moved to Skala Sikamineas, where his sea led him to be one of the main active witnesses of the human tragedy of Lesbos (The Greek island where between 2015 and 2016 there was a real exodus of refugees coming from the Turkish coasts).

With his presence in the open sea he managed to save, raising them with his own hands on the fishing boat and launching the alarm to the Coast Guard, an unimaginable number of people, who owe him their life, even if his intervention does not result from any official register.

Their anguish and despair, told by Stratos, struck him deeply, especially in situations where he could not do anything; but the anger in seeing the cruel destiny of those innocents did not take him away from the sea, on the contrary pushed him to save, every day, as many people as he could.

"Nobody leaves his home if he has a life worth living there": this truth, says Stratos, is often what people can not understand, until they see it with their own eyes.

Together with Emilia Kamvisi, the fisherman was nominated for the Nobel Peace Prize in 2016, representing all the inhabitants of Lesbos involved in the rescue and reception of refugees.

Stratos Valiamos is honoured in the Garden of Castelbuono.