a young swimmer for refugee rights 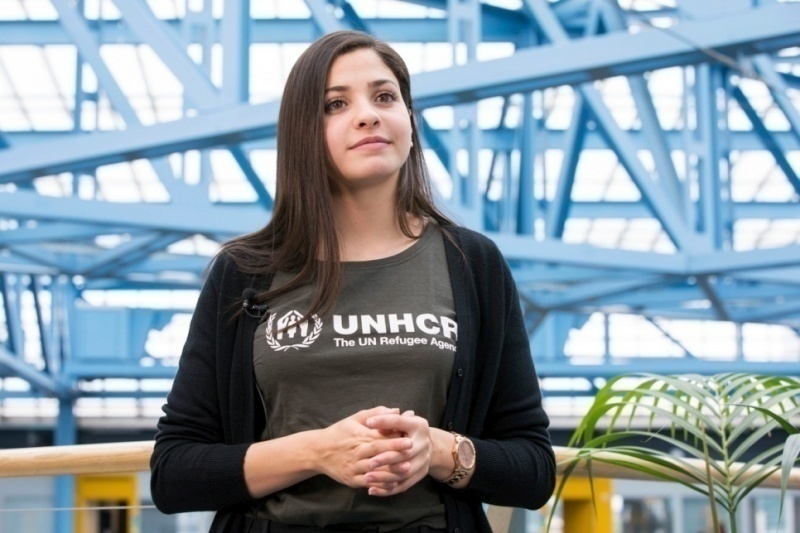 A young Syrian swimmer, with the outbreak of war and bombardment she fled the country with her sister Sarah - also a swimmer.
In August 2015, their rubber dinghy, which had to arrive from Turkey on the island of Lesbo in a short time, began to take on water: the weight of the people on board was too much, the boat was stationary in the middle of the Aegean Sea. No one could swim, but Yusra and her sister Sarah dove into the sea to unload weight and start to propel the boat. They swam for three and a half hours, at night, for 5 km of sea, trying to give direction to the dinghy, until the engine finally started again. Thus the sisters managed to save all the shipwrecked.

After being granted refugee status, Yusra went back to swimming, and, at the 2016 Rio Olympic Games, she was one of the 9 athletes who parade under the flag with the five circles, in the team of refugees.

In September 2016, at the United Nations General Assembly, she called for the right of refugees to have access to safe housing, education, livelihoods and training opportunities. In January 2017, she represented the UNHCR at the World Economic Forum in Davos, where she was the youngest participant.