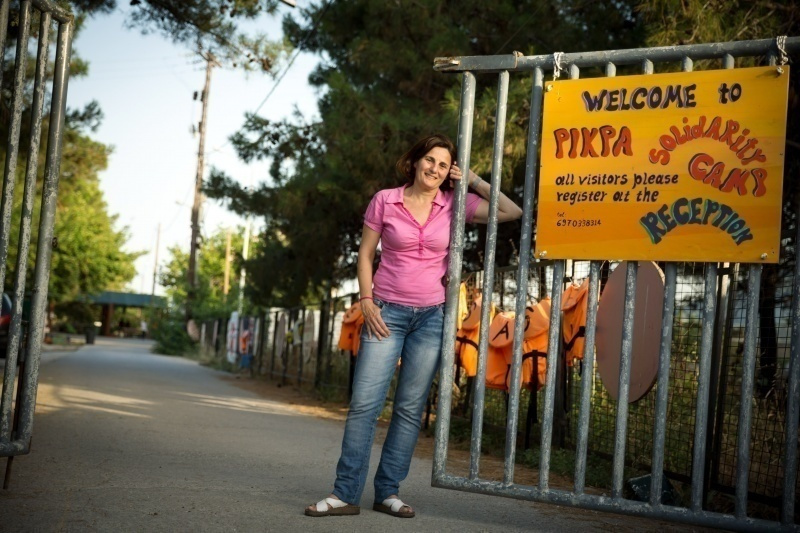 Efi Latsoudi, a psychologist who was born in Greece in 1968, is the coordinator of the Pikpa Solidarity Camp - the most virtuous refugee camp in Lesvos and perhaps in the whole European Union, as Daniele Biella has described it in his book "L'Isola dei Giusti: Lesbo, crocevia dell'umanità".

In the last decade, Efi has been of fundamental importance in the helping and welcoming of refugees fleeing their Countries (mainly in Africa and Middle East) towards Greece. She has provided migrants for a first shelter, any need and, in some cases, also for a proper funeral - after having tried to identify them and to inform their relatives.

Despite her work is particularly difficult and psychologically challenging, she has never shirk her responsibility. She has also involved her son in this activity, so that they can spend more time together.

To Efi, April 18, 2015 - when 70 migrants drowned in front of the coast of Lesvos - has been the most tragic day ever. This episode left a profound mark in her humanitarian experience.

In 2016, she has won the Nansen Award, conferred by the United Nations High Commissioner for Refugees to the most important people who has dedicated their time going above and beyond the call of duty to help people forcibly displaced from their homes.