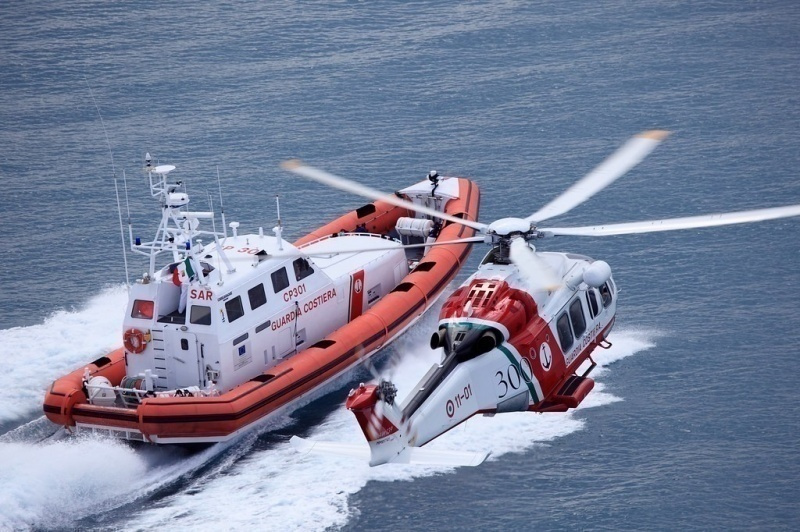 The Harbour Masters Corps - Coast Guard is a Navy corps in charge of duties and functions mainly related to the use of the sea for civil purposes, on functional reliance of several institutional departments which avail theirselves of its activity. First of all, the Ministry of Transports and Infrastructures, which “inherited” in 1994, by the Ministry of Merchant Navy, the majority of fuctions related to the use of the sea for commercial navigation and recreational craft, and on which budget performs its tasks. About 11 thousands people, among officials, petty officers and troop, are employed by the corps.

Even if the Coast Guard is a branch of the Italian Navy (and so depending on the Ministry of Defence), its activity is not strictly related to the istitutional one of the army. Its functions are indeed of civil nature and purpose, including sea research and rescue, navigation safety, maritime environment protection, maritime fishing control, militar establishment enlistment, underwater archaeology, immigration control, civil protection service and working as maritime police. In so doing, the Coast Guard carries out the role of a general maritime authority under the navigation rules.

The rescue endeavour performed by the Coast Guard, from Lampedusa to all of Italian coasts, can be considered as a professional duty. Actually, women and men struggling to save the hopeless en route to Italian coasts do it with a sense of humanity and a spirit of sacrifice that goes far beyond the mere compliance of a duty, to the point of endanger theirselves’ safety.

This responsability was already been highlighted in the ‘90s, during the first Albanian citizens migration to Italian coasts. Today, migrants come especially from North Africa and Middle East, on the run from hunger and violence. The Canal of Sicily is their gateway to West and Europe; Lampedusa, therefore, is where the most sadly known tragedies happened, like the one in October the 3rd, 2013, when 366 migrants lost their lifes a few metres away from the coasts, ore the one in February the 8th, 2015, when over 3 hundred people died in the Lybian sea.