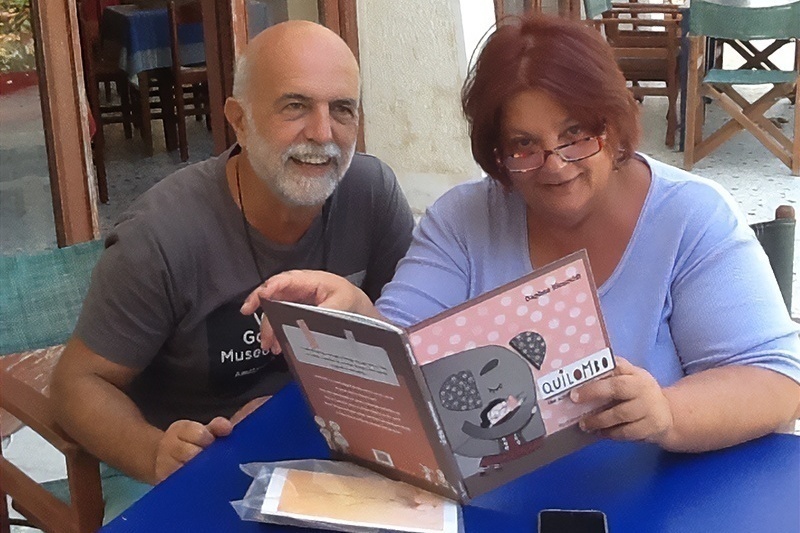 Daphne Vloumidi, owner with her husband of hotel Votsala, on the Eastern coast of Lesbos, rescued migrants by involving also the hotel guests, to face the wave of refugees that by the thousands had reached the island from the Turkish coasts since the end of 2014.

“Would you like to touch the filoxenia or hospitality on the island of Lesbos? Go to Daphne's, at Votsala”: so people speak of Daphne in Mytilini, main harbour of this territory.

Such a statement opens the way to the description of the hotel owner's humanitarian acrivity, an unconditioned aid to the refugees that she lent even at the cost of facing problems with justice.

Daphne was arrestd in June 2014 because she let migrants into her car to dive them to the harbour from the inner aras, while they tried to reach Athens (the authorities had forbidden these trips, considering them the same way as smuggling of clandestinoes, as they wanted to avoid the spreading of a market of human beings).

She had also organized at the hotel a true emergency centre.

Her protest led to more humane rules toward the migrants who have landed on the coasts of Lesbos.