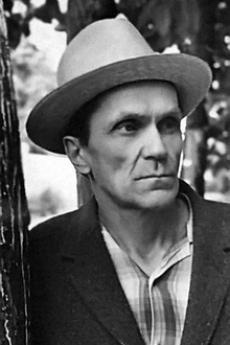 He was born in Vologda, in Russia, in 1907. When he finished the secondary school, he went to Moscow, where he worked in a tannery. In 1926 he was admitted to the first Faculty of Soviet Law at the Moscow University and the following year he took part to the celebrations of the decennial of the October Revolution, as one of the opposition.
In 1929 he was arrested for the diffusion if the "Lenin Testament" under a anti-Stalin light and he was condemned to three years in a lager. He was sent to Visera., in the Northern Urals. He was released in the end of 1931, he went back to Moscow and started working for some reviews. In 1936 he published his first story, but on the 12th January 1937 he was arrested with the most heavy accusation, the article 58, that was about the "counter-revolutionary activity", "trotzkyst", in particular. He was condemned to 5 years in a lager "for heavy work".
He was then transferred to Siberia, in the region of the Kolyma, where he stayed until 1953. He was condemned other times. He was sent to the most hard stopes and coal mines, he was many times reduced to the extreme borderline of survival, but he never betrayed his fellows with any delation, even if that would mean saving himself.
In 1945 he is admitted to a hospital, where he met dr. Pantjuchov, who tried to let him stay in as longer as possible. After that, he was destined to the "general work". He had no way out, but he met the same doctor, who introduced him as a nurse at the Central Hospital for the prisoners, where he stayed until he was released in 1951.
He was able to go back to Moscow only in 1953. He started writing, with deep interior pain, the "Kolyma Tales". He worked in many factories and collaborated with some reviews, on which he published his first poems. He was rehabilitated in 1956, for "not having made the fact". The following year he seriously fell ill and obtained a poor invalidity pension. For more than ten years he went on writing stories: he was obsessioned by the moral imperative of remembering the millions of innocents who died in the GUlag. He dedicated himself to poetry, too.
In 1978, in London, the first edition of the "Kolyma Tales" in Russian went out, in 1980, in Paris, they were published in French. Then, in 1981, they were published in English, in New York. In the meantime, his health was getting worse and worse and in 1979 he was recovered in a hostel for old people, where he died, alone and desperate, on the 17 January 1982.