was a Soviet dissident, author, and human rights campaigner 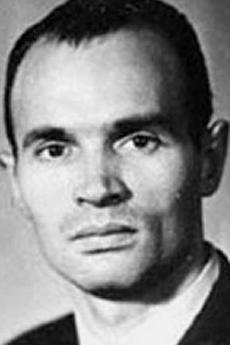 Born into a family of railway workers, Marchenko started his first job at a very early age in a drilling gang in the oil business. In 1958 he was arrested on trumped up charges, but by the time the judicial error had been recognized, Marchenko had escaped from the forced labour camp in which he had been incarcerated. For the next year he shifted from place to place and then tried to flee the country; but he was caught once again and sentenced to six years hard labour for "treason". On his release, in 1966, he was no longer a rebellious worker struggling against an unfair world, but a conscientious dissident and informed human rights activist, who decided to publish his own testimony. His first book – circulated in the samizdat – was, in fact, entitled: My Testimony (1967); as well as revealing the shocking truth about the continuing existence of the Gulag, he appealed to intellectuals and to the media to help political detainees. Between 1968 and 1978 Marchenko clocked up numerous battles and prison sentences which culminated in his final 15-year sentence, the last five of which in internal exile. In August 1986 he started a hunger strike for the liberation of political prisoners and in December died of unspecified causes.