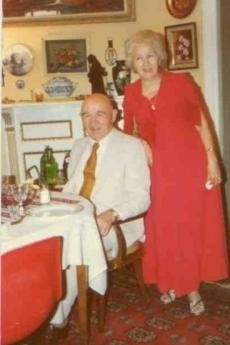 Born into a peasant family, Grigorenko joined the Party in 1927, graduated from the military academy, was awarded numerous medals for heroism in World War II and was promoted general after the 20th Soviet Communist Party Congress in 1956. As an anti-Stalinist he had already criticized the USSR’s lack of military preparedness before the war, and later spoke out against the ambiguities of Kruschev’s policies. He wrote a samizdat leaflet about Stalin’s responsibilities in the massacre of Soviet soldiers at the beginning of the conflict. In 1961 he spoke publicly "in the name of Leninism" in favour of real democratization and against repression. He was soon expelled from the Frunze military academy, where he taught cybernetics, and relegated to a modest post in a remote Asiatic province. From here he continued his struggle, bombarding the Soviet courts, international organizations and western communist parties with declarations and protests. First arrested in 1964, he was declared "mentally ill ", interned in a psychiatric hospital and for over a year forced to undergo "treatment". At the same time he was stripped of his military rank, medals and retirement benefits. Released in April 1965, after the fall of Kruschev Grigorenko took up his dissident activities again, especially in defence of Ginzburg, Galanskov and some persecuted Crimean tartars. Arrested yet again in 1969 he was confined to a psychiatric hospital until 1974. In 1976 he and others founded the Moscow Helsinki Watch Group. The following year the Soviet authorities allowed him to travel to the United States for medical treatment but summarily stripped him of his citizenship. He spent the last ten years of his life in the US with his beloved wife Zinajda. He refused a teaching job at West Point, to avoid training young people who might have to fight against his country. It was not until 1991, four years after his death, that his “insanity” was declared unfounded and in 1993 his rank of general restored. His Memories (1980) are considered an important work.

Petro Grigorenko is honoured in the Garden of Warsaw.