journalist and defender of human rights 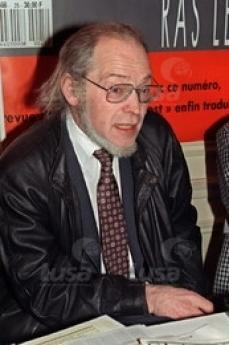 Ginzburg was sentenced to two years in the Gulag for having signed the third number of the samizdat almanac "Sintaksis", published in Moscow and Leningrad in 1960 by the underground literary movement. As an aspiring young journalist, he got his first scoop with the White book on the Sinjavsky-Daniel case. As well as recording the reactions of civil society to the sensational show trial, this lengthy report contains the minutes of the various hearings – put together by the wives of the accused – an examination of the texts, the pleas and the final statements made by Sinjavsky and Daniel.

This exploit cost Ginzburg 5 years’ hard labour. On his release, he threw himself into new projects: the Fund set up by Solzhenitzin to help political detainees and their families and the Helsinki Group in Moscow. Arrested again in 1977, he was sentenced to 8 years in the Gulag. However, in April 1979, along with four other dissidents, he was exchanged with two Soviet spies and extradited directly to the United States. Only later was his wife Arina, the companion of all his struggles, able to join him with their children. Together they then moved to Paris, where he worked as a leader writer in the Russian language weekly "Russkaja Mysl" until 1987.