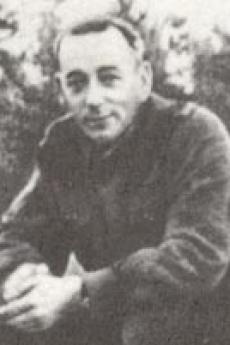 He was born in Gorkij, in Bielorussia, in 1908, in a Jewish family. In the twenties he went to Moscow, where he started working for a publishing house. He worked on literature for children and on history. "Unfortunately", he will write, speaking about his deportation and imprisonment, "it was not me who attended to history, but history that attended to me".
In 1938, during the Stalinist Terror, he was arrested and deported. He spent 17 years, going form prison to GUlag. At the lager of Ust'-Vymlag, Razgon met his second wife, Rika Efremovna Berg. He was released and rehabilitated in 1955.
In 1987 many articles and stories by Razgon appeared on Ogonek and Junost'. This was the material that he will use for writing the book-diary "True Stories" in 1989. It was dedicated to his wife Rika.
He wrote about this work: "I didn't forget. This is not a book about me, but on the ones, who, like me, were imprisoned and that are not here anymore. They have been forgotten. To them I had a moral debt. What I tell is not fantasy, everything is truth, dates, names, places, victims, executioners without hiding anything".
After that, a second edition of "True Stories" came out. It was an enlarged edition, which contained a new story, in which Razgon wrote about himself and about his first wife Oksana, who died in a lager when she was 22. For writing the story, Razgon used the documents of the KGB investigations. Then he spoke about his childhood and his Jewish roots, in a work entitled "With the eyes of a child", an incredibly sad and moving story.
At the end of the eighties Razgon took part with Andrej Sacharov to the foundation of the association Memorial, in order to recuperate the documents on the time of the Stalinist Terror and in defence of the human rights. Moreover, he became member of the Grace and Justice Commission created by Eltsin, for the abolition of the death penalty and the reform of the judicial system. In 1992 he was awarded with the Sacharov prize for the value of the civil witness given during his activity as a writer. He died on the 8th of September 1999.