witness to the whirlwind of the Gulag 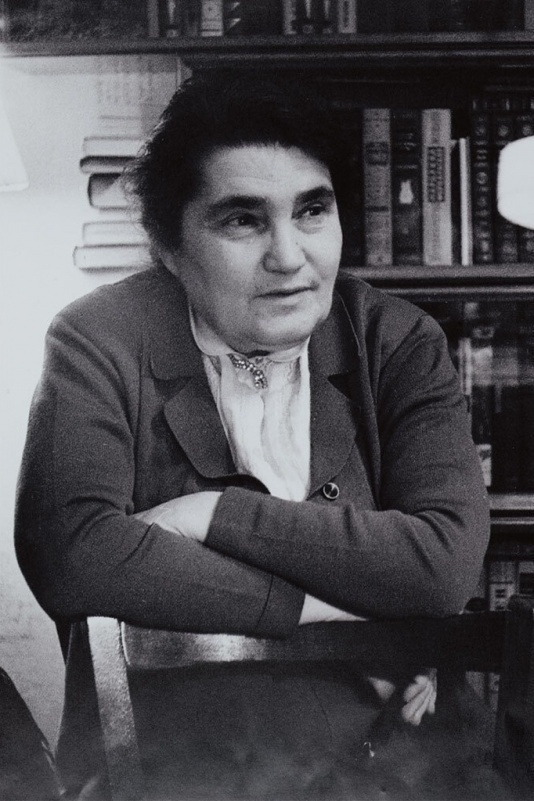 She was born in Moscow in 1904 in a well-to-do Jewish family that in 1909 moved to Kazan’, where Evgenija graduated from the Psycho-Pedagogical Institute with a specialisation in History. In 1932 she joined the party, worked as a researcher at the university and wrote in the local editorial office of newspaper Krasnaja Tatarija. Married to Pavel Vasiljevic Aksynov, a member of the secretariat of the Central Committee of Tatarija party, she became part of the first generation of Soviet intelligencija. In the early 1930s the party elites enjoyed many benefits, however, from 1st December 1934 their fate was to change forever: the assassination of Sergei Mironovič Kirov (one of the party’s top leaders) became Stalin’s opportunity to launch the ‘great terror’ and repress all opposition. Kirov’s murder was followed by the first arrests of communists who had hitherto been considered to be of proven faith, including Professor El’vov, Ginzburg’s colleague at the Pedagogical Institute. Accused of not having reported her “Trockist” friend, Evgenija refused to admit her non-existent guilt and was therefore expelled from the party. On 15th February 1937 she was arrested on the charge of having taken part in a terrorist organisation within the editorial office of “Krasnaja Tatarija” and of being a Trockist; NKVD men then tried to force her husband to repudiate her and, faced with his refusal, arrested him a few months later together with their five-year-old son Vasilij, who was transferred to Kostroma orphanage and would not see his mother again until many years later.

For Ginzburg, the terrible phase of investigation started: she was imprisoned in an underground cell in Kazan’ prison and refused to confess and provide false evidence against innocent people in order to save herself. She was then subjected to seven days of uninterrupted interrogation, without eating or sleeping, and when she told her investigators that she would not give false testimony as it would not be honest, Major El’šin told her that in Marxist-Leninist ethics, “honesty is what is useful to the party and the state”. Faced with Ginzburg’s strenuous resistance to giving evidence, jailers resorted to the tried and tested tactic of collecting false testimonies against her, blackmailing some of her friends, who gave in for fear of ending up in the same “meat grinder”. After a trial that lasted seven minutes, she was sentenced to ten years’ imprisonment and solitary confinement (her husband was sentenced to fifteen years’ imprisonment).

Transferred to Moscow Butyrki prison, in shock for escaping being shot for the crimes she was accused of, Evgenija befriended the most diverse people, all of them detained without reason, and experienced a deeper level of relationship between human beings, which went beyond mere party consciousness and involved universal feelings and values; shaken by the encounter with torture and pain, she became aware of the tremendous inner conflict that communist female prisoners had to face: what individual conscience cries out and what party loyalty imposed have become antithetical and irreconcilable terms.

After two years spent in solitary confinement in Jaroslavl’, in a space of five by three steps, with fifteen minutes of air a day, Ginzburg was transferred to correctional labour camps. The terrible years of Kolyma began, where she was assigned to various tasks, with varying degrees of success. The heaviness of work, the cruelty of lager leaders, the violence of common delinquents, reduced Evgenija several times to the brink of death, but each time, with the help of favourable and unexpected circumstances, her temper and her spirit prevailed, to the point that she commented: “At first sight it seemed accidental, but it was actually a normal manifestation of that Good that, despite everything, reigns over the world”.

Having served her sentence, Ginzburg was released in 1947 and, after Stalin’s death, she was rehabilitated for “lack of crime”. In order to survive, she wrote articles and essays for the periodical press, while at night she wrote the novel that would make her well-known, Journey into the Whirlwind, which she finished in 1962 and was soon circulated with great success through the underground press, gaining the appreciation of young readers and well-known writers. In 1966, she moved to Moscow, where she met Solženicyn who, in The Gulag Archipelago, made several references to the novel when describing the mindset of the “group of ‘37”: the inmates from the party. The manuscript, which bears witness to the brutal experience of the Gulag, was reworked several times by Evgenija, who feared censorship and, above all, the ever-present danger of arrest and further persecution, until she decided to get rid of the first draft, which she herself would burn. In the meantime, without her knowing it, the book was published in Italy by Mondadori in 1967 and then throughout Europe. When KGB managed to get hold of Solzenicyn’s archive and the Minister of Security called Ginzburg’s work defamatory, Evgenija’s old fears were reawakened. She herself admitted to this in a page of her novel: “I, too, sometimes fall back into fear when they ring or knock at night, or when I hear the key turn from outside...”.

Her only trip to the West took place a few months before her death. Accompanied by her son, writer Vasilij Pavlovič Aksënov, she travelled to France and Germany, where she met Heinrich Böll. Back in Moscow, she died of cancer on 25th May 1977 and was buried in Kuzminki cemetery next to her second husband Anton Walter, a Jewish doctor who was also imprisoned, whom she had met in the lager and was her faithful companion during and after her imprisonment.

In the milieu of Soviet dissidence, in particular among writers, Ginzburg’s work was received controversially and some of the great authors of dissenting literature expressed judgments about her that were at times unfair. Varlam Šalamov accused Journey into the Whirlwind of “being cheaply romantic and blatantly sentimental”, while the director of magazine “Novyj mir” Tvardovskij said that Ginzburg “only realised that something was wrong when they started to put communists in jail. When they exterminated Russian peasants, however, she considered the fact to be completely natural!”.

In any case, the value of Ginzburg’s long resistance in the hell of Stalinism remains unaltered, her courageous opposition to the destructive logic of totalitarianism with regard to human dignity, her effort to free herself from the ideological cage that had impacted on her choices as a young woman and to re-elaborate her own experience in the search for truth; with Journey into the Whirlwind, the dramatically extraordinary testimony of a protagonist of the 1900s remains.