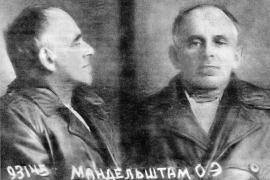 Born into a Jewish family, Osip Mandel’shtam’s voice is one of the finest in 20th century poetry. He grew up in Pavlovsk and St. Petersburg, where he studied between 1900 and 1907 in the renowned Tenishev institute. Before he was twenty, he had already completed studies in Paris and Heidelberg and had traveled in Switzerland and Italy. Attracted by symbolist poetry, he became a close friend of Anna Achmatova and joined the Acmeist literary movement founded by Gumilëv. In 1913 his first collection of verses, The Stone was published. After the revolution, in 1918, he worked in Moscow for some time at the Education Commission, but soon moved where his work as a poet took him: southern Russia, Georgia, for poetry evenings and publications in magazines. In 1919 in Kiev he met Nadezhda Chazina, who became his wife and later saved most of his literary production. Back in St. Petersburg in 1920, Mandel'shtam published two more collections of poems, Tristia and Poesie, prose and critical essays, but his already difficult relations with the world around him worsened. Imbued in classical culture, myth and spirituality, he clashed with a society increasingly regimented by ideological conformism and in which space for creativity was more and more restricted every day. A poem against Stalin soon brought things to a head. Between 1934 and 1938 he was arrested, deported and sentenced numerous times, eventually disappearing on a day that was to remain unspecified for a very long time and ending up in a nameless grave in the Gulag.