The term crime against humanity was first evoked in reference to the massacre of the Armenians, but it would be precisely defined, within International Law, only at the Nuremberg Trial. The same years saw the introduction of the use of the term genocide, coined by Polish Jew Raphael Lemkin, which would then be retained by the international bodies. In 1948, the United Nations General Assembly approved the Convention on the Prevention and Punishment of the Crime of Genocide, considered as the most heinous of the crimes against humanity and defined as the “systematic destruction of a national, ethnic, racial or religious group”.

Evolution of the concepts of genocide and crimes against humanity

In 1915 already, the allied governments of France, Great Britain and Russia, as concerns the massacre of the Armenian population by the Turks, talked about “crimes against the civilization” and “crimes of lese humanity”, terms which were resumed also in the Treaty of Sèvres (1920). This legal definition would be adopted in the trials of the Turkish martial courts against the responsible for the mass murders.
Yet, it was only after World War Two and the tragedy of the Holocaust that we felt the need to identify and accurately define the crimes against humanity within the frame work of International Law.

Also the term “genocide”, coined by Raphael Lemkin and defined as “systematic destruction of a national or ethnic group”, started to be used in the legal language (the neologism was used for the first time in a writing of 1944).
The agreement, signed in London on 8 August 1945 between the United States, France, Great Britain and the USSR, includes genocide in the “crimes against humanity”, which in turn are comprised in the broader category of “international crimes”. From 20 November 1945 and 1 October 1946, the International Military Tribunal set up in Nuremberg tried the top Nazi officials. The charges under the court’s jurisdiction were the following:

- crimes against the peace, lodged against the culprits of the war of aggression;
- war crimes, based on the principle of individual criminal responsibility;
- crimes against humanity i.e. murder, extermination, enslavement, deportation and any inhuman act perpetrated against the civilians, before or after the war, persecutions that constituted a violation of the law of the countries where they were perpetrated.

Raphael Lemkin played a key role in bringing the concept of genocide to the attention of the rising United Nations Organization, where delegates from all over the world discussed the terms of an international law against such a crime.

On 9 December 1948, the General Assembly of the United Nations unanimously approved the “Convention on the Prevention and Punishment of the Crime of Genocide”.
The definition of genocide is set to comprise “any of the following acts committed with intent to destroy, in whole or in part, a national, ethnical, racial or religious group, as such:

The Convention provides that those who stain themselves with those crimes, be them state organs, civil or military officers, or common citizens, must be held as “personally” and “individually” responsible for the same crime and therefore tried before local or international courts. Genocide and crimes against humanity have no statute of limitations and entail compensation.
Key elements, whose presence qualifies the crime of genocide, are the following:

- the intent or planning of the elimination of the targeted human group;
- the state as agent that organizes such a planning;
- one or more criminal acts against people targeted as members of a national, ethnic, racial or religious group. It is the entire group to be persecuted and genocide is thus deemed to be the most heinous of the crimes against the humanity.
The Convention came into force on 12 January 1951, ratified by over 20 countries. On 3 November 1988, under the presidency of Ronald Reagan, it was signed also by the United States.

The Convention, however, did not have the final say in the different notions of the concept of genocide. The discussion that unfolded over the years broadened its boundaries, trying to put a remedy to some omissions. For example, the lack of the inclusion in the definition of genocide of the social, gender and political groups, all of which were targeted after 1945.

The French criminal code, approved in 1992, defines as genocide the will to annihilate not only national, ethnic, racial or religious groups, but also any other group “determined according to an arbitrary criterion”. Thus it is sanctioned that, beyond all classifications, the victim group is the one that is targeted by the aggressor.

The Canadian criminal code, in the recent years, introduced the aspect of “complicity”. It in facts deems as crime against humanity also the “attempt, plot, complicity after the fact, advice, aid or abetting of the very fact”.

Genocide and crimes against humanity did not stop with Second World War. Despite the “Never again” cried after the horror of the Holocaust, a trail of blood is still running all across the 20th century and beyond. In many cases, the condemnation and above all the prevention of those crimes at the international level turn out to be very difficult to achieve because of the opposition of the states that are responsible or accomplice for them.

The UNO is demanded the task to report the countries that stain themselves with crimes against humanity, but the obligation of unanimity of the Security Council and the presence, with a right to veto, of states that are not very sensitive to the respect of human and civil rights, often makes it difficult to punish the criminal behaviours.

Following the atrocities perpetrated in the former Yugoslavia and the ethnic cleansing in Bosnia (1991 – 1995), in 1993 the UN Security Council promulgated resolution no. 827, by which it set up the International Criminal Tribunal for the former Yugoslavia (ICTY) based in The Hague, the first of this kind after Nuremberg, with jurisdiction over crimes of genocide, crimes against humanity, and infringements of war laws and conventions.

Until 2017, when it was dissolved, the Tribunal issued 83 verdict of definitive conviction and 19 acquittals. 37 trials did not come to an end for death of the defendants or withdrawal of the charges. Prominent defendants:

Slobodan Milosevic, Serb President. He died in jail in 2006, before the verdict.

Radovan Karadzic, President of the Republic of Bosnia-Herzegovina, arrested on 21 July 2008, sentenced on 26 March 2016 to 40 years in jail as found guilty for ethnic cleansing, genocide against the Muslim population of Srebrenica and siege of Sarajevo.

Ratko Mladic, commander of the Serb-Bosnian army, the executioner of Srebrenica, arrested in 2011, after 16 years of being in hiding, sentenced to life in jail on 22 November 2017.

After the genocide that was perpetrated in Rwanda against the Tutsis (1994), the UN Security Council established the International Criminal Court for Rwanda (ICTR) based in Arusha, in Tanzania, that issued its first verdict with a conviction on 2 September 1998. Over 10 years, the Tribunal has tried only about 20 people, in the face of about 90,000 detainees awaiting trial. Because of the impossibility to deal with such a number of proceedings, in 2000 the “gacaca”, local community courts, in which the culprits were invited to admit their responsibilities in exchange for important penalty reductions, were set up.

On 17 July 1998, an International Treaty ratified in Rome established the International Permanent Criminal Court of The Hague, with the task of prosecuting the crimes of genocide, crimes against humanity and war crimes. The Treaty confirmed the definition of genocide adopted by the 1948 Convention, extending its terms both to times of war and times of peace. 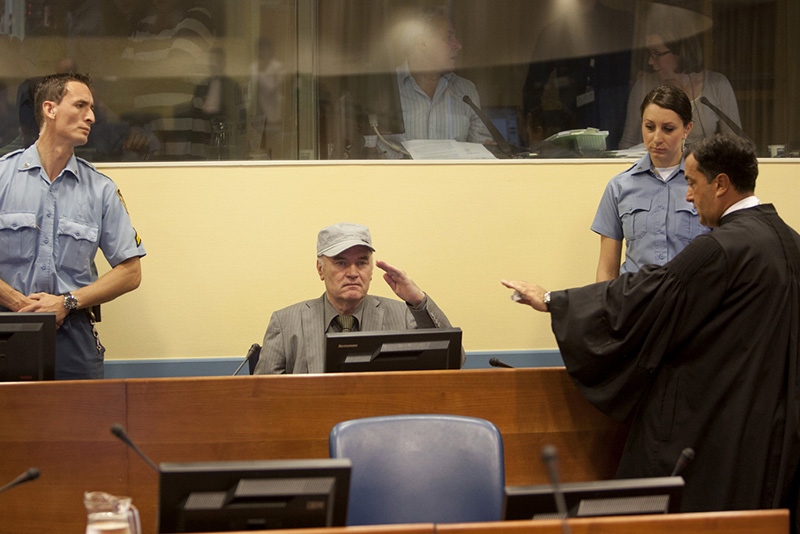 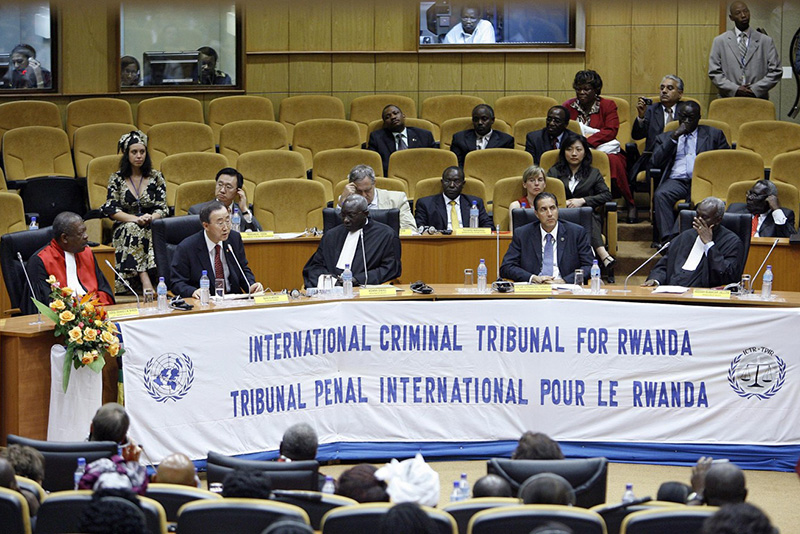 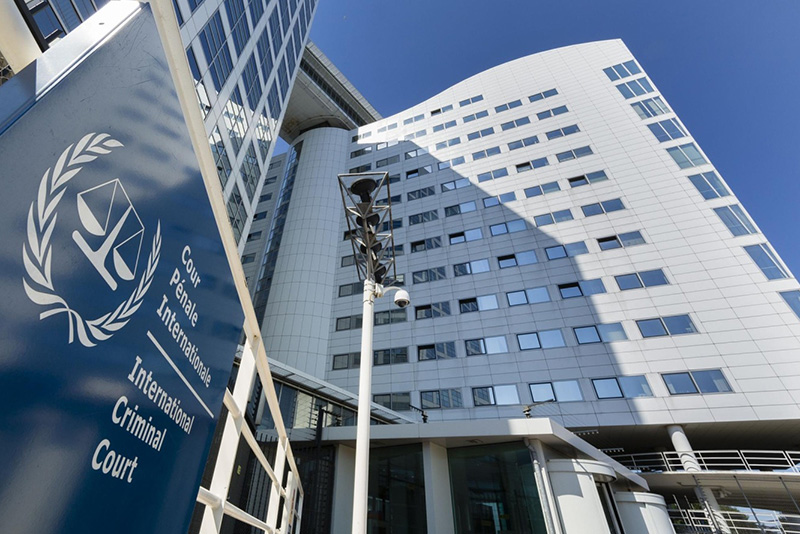