By the name Holodomor we designate the genocide by starvation of over 6 million people, perpetrated by the Soviet regime against the Ukrainian population, in the years 1932-33. The Ukrainians were subject to this terrible punishment because they were accused of disputing the collective property system. All agricultural resources were seized and the population was starved. A quarter of the rural population, including men, women and children, were thus exterminated by famine. The corpses were lying in the street without their relatives, who were near death as well, having the strength to bury them. The famine caused, along with the annihilation of the farmers, the extermination of the cultural, religious and intellectual élites of the Ukraine, all categories considered as “people’s enemies”. 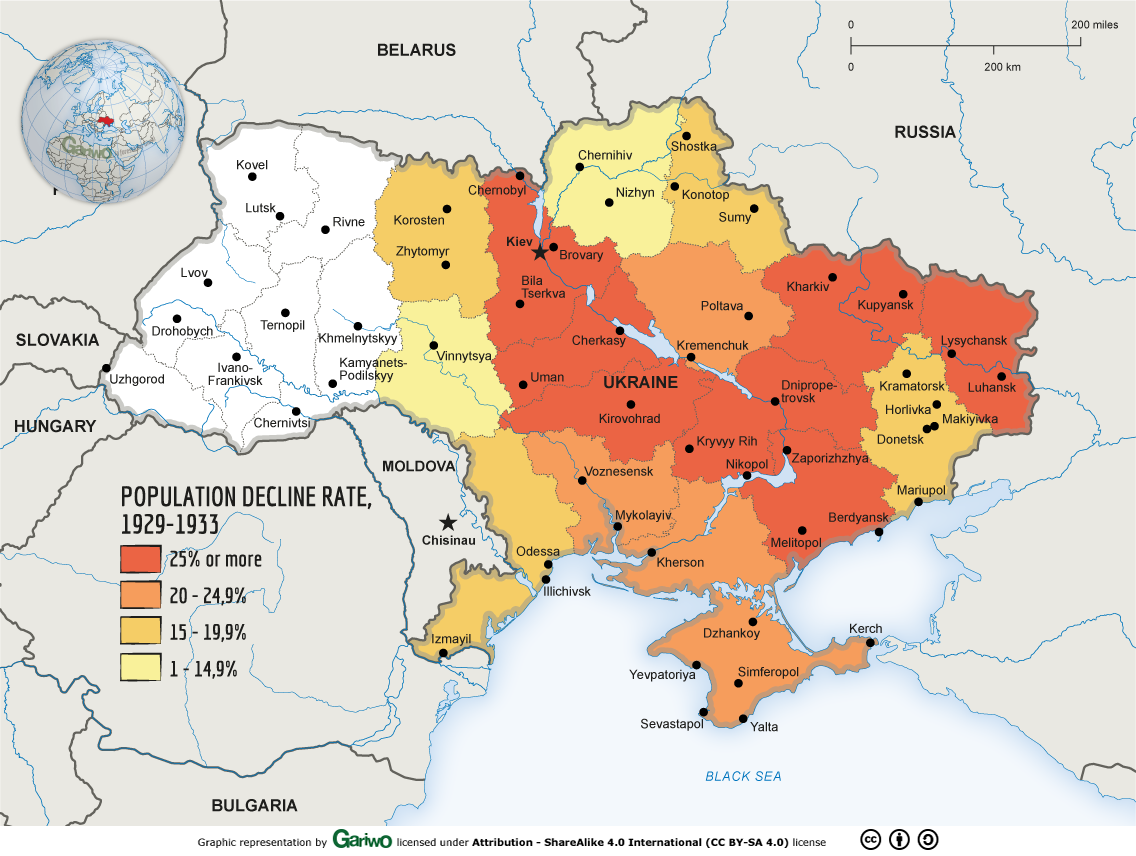 According to historians, undoubtedly Holodomor was a genocide act, an outcome of the political decisions of Stalin’s totalitarian regime to crush the Ukrainian people. Lately, the Ukraine has made known numerous documents taken from the archives of the KGB; revealing the goals and operational mechanisms of the policy that led to the murder of millions Ukrainians. Research has been carried out in several different world countries and archival documents have been published in Great Britain, Italy, France and so on. They testify that, in the case of Ukraine and the nearby regions, famine was caused deliberately. 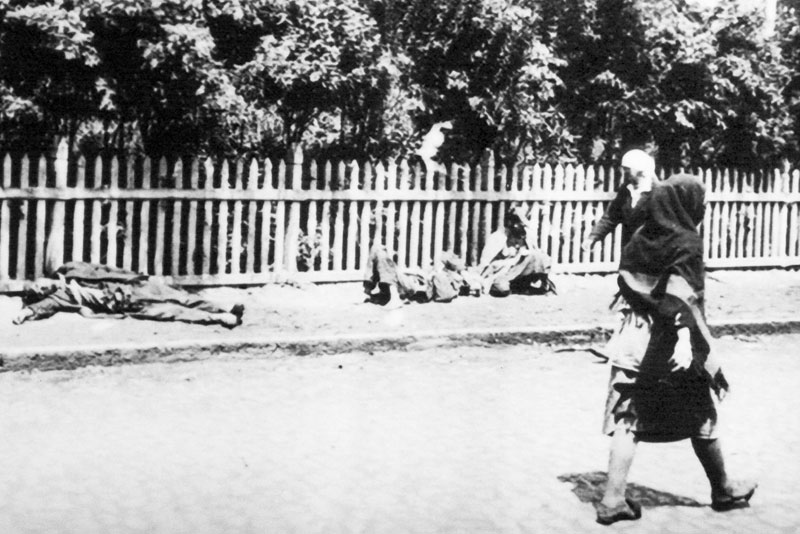 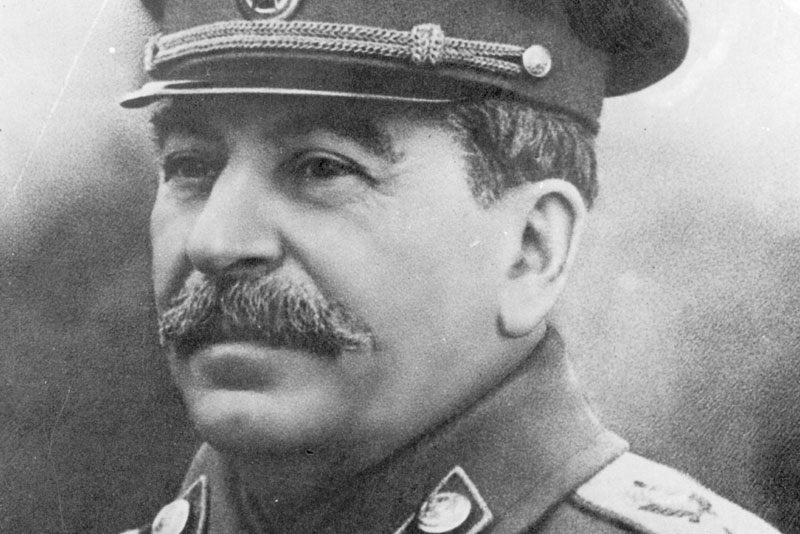 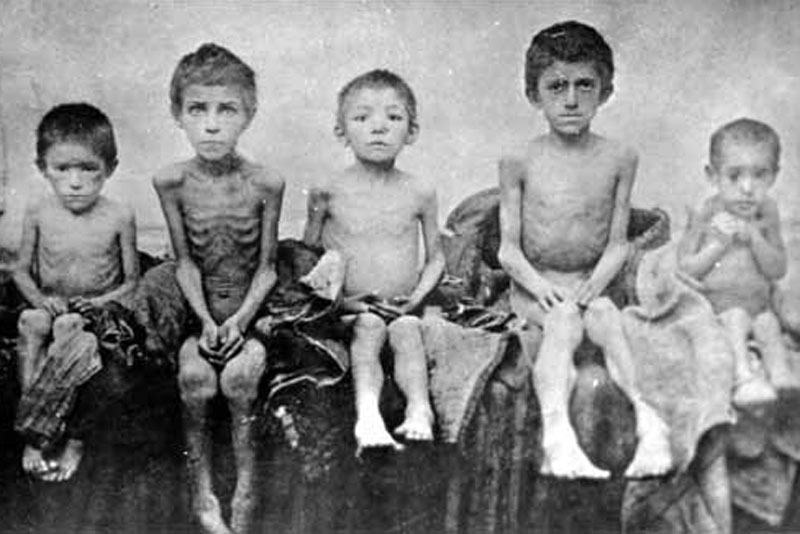 The death by famine in Ukraine was a tragic episode within the frame work of the forced collectivization of the countryside. On 6 May 1933, Stalin answered writer Mihail Solohov’s demand to send food aid to the exhausted population with the following words: “ ...the respected farmers of his district, and not only his, have led protests and sabotages, and were ready to leave workers and the Red Army without bread! The fact that one commits a silent sabotage yet appears loyal and peaceful (without bloodshed) is a fact that does not change anything about the affair, those respected farmers have searched for a way to depose Soviet power. Causing themselves war with a vengeance, dear comrade Solohov!” (The Black Book of Communism).

Planning and pattern of execution

Of course, the responsibilities for the events must be attributed to the whole of the Stalinist regime with its branched punitive system. The Measures taken included the introduction of enormous shares of harvested grain designated to stockpiles (requisition of the State); the seizure of all foodstuffs; rationing the sale of foodstuffs; the deployment of internal troops, and the restriction of the starving people to move in other region of the USSR in search of food.
Because of the fulfilment of these repressive measures, the Ukrainian population was made prisoner in enormous ghettos, in which it was impossible to survive. By August 7th, 1932 in the USSR the property collective was dictated “sacred and secure” in a way on which whoever-including children-committed a theft or offense to “socialist property” (such as harvesting and hiding wheat for one’s children who were dying of hunger), or “wasted,” would be accused and serve a sentence between ten years in labour camps and the death penalty. The shares designated for the stockpiles (for the city and exports) had absolute prices that could not be reduced for any reason; those constraints on Ukraine were unbearable (in July 1932 45% of harvested grain was demanded and gathered up, in November a second requisition was announced and in January 1933 a third). December 6, 1932, in a bulletin from the Political Office on local authority, Ukrainian villages were accused of not supplying their fixed shares and were subjected to the following sanctions: banned from all provisions (of goods and of food), forced requisitions, banned from all trade, confiscation of every financial resource; all of their available grain was ransacked, including grain for sowing.
On December 27, 1932 the obligatory “passport” was imposed, the passport designated internal movements in order to stop desperate escapes to the zones not struck by the famine. On January 22, 1933 another bulletin, signed by Stalin at Molotov, prevented every method of transportation (by the suspension of selling train tickets and blocking streets) to the Ukrainian peasants and of the Northern Caucasus to escape from districts where there was not anything left to eat. The bulletin of the Politburo on December 27, 1932 explained that the objective of the internal passport was “to liquidate the parasite of socialism and to combat the infiltration of Kulak’s in cities”, while the bulletin of January 22, 1933 signed by Stalin in Molotov, referred to “the stop of counter-revolutions” and explained that “The Central Committee and government had the task of stopping the migration of peasants in mass [to the cities in order to escape the famine] organized by the enemies of the Soviet government, by counter-revolutionaries and Polish agents, the purpose of propaganda against the kolkhosian system in particular and the soviet government in general” (The Black Book of Communism).
Despite this, in 1933 the Soviet government exported 18 million quintals grain and other products, while it kept on officially denying the famine. Only on 15 March 1933, the seizures of grain were suspended. In April, grain from the army depots was distributed in the villages. The exhausted farmers would need help for the operations necessary to produce the harvest that would eventually put an end to the nightmare.

Keeping into account that in 1932 32,680,000 people lived in Ukrain, several different sources converge in the body count, with estimates raging from 4.5 to 6 or 7 million deaths.
Historian and journalist Paolo Rumiz says that “almost six million died from starvation in only Ukraine” that is “25 thousand a day,” “17 a minute”, specifying that “one out of three deaths were children or babies”. Andrej Gregorovich, an Ukrainian-American, speaks of the death of 7 million Ukrainians; he mentions the statement of Stalin to Churchill, according to which the dead in four years of collectivization were 10 million; Gregorovich confirms that “prudent assessments” said the dead were around 4.8 million, while “many studies re-confirmed” the estimated number of deaths to be between 5 and 8 million.
In the Black Book of Communism, Nicolas Werth talks about “over 6 million victims”, and Giovanni Gozzini in his volume dedicated to illustrate Gulag (the Soviet institution responsible for operating forced labour camps). Deaths from the labour camp system in the USSR remembers that “the most recent estimates, accurately conducted by official demographic sources, value that between 4 and 6 million deaths were the fruit of the famine, which was used as an instrument to normalize the structure of classes in the country”, says the research of S.G.Wheatcroft and also citing the research gathered by A. Graziosi in Letters from Krakow. The famine in Ukraine and the North Caucasus in reports of Italian Diplomats from 1932-1933.
The census of 1933 compared to the census of 1926 shows that the population of the USSR increased by 15.7%, however it fell in Ukraine by 9.9%. The archives of the era, accessible only for a small amount of time, testify to the intentional exploitation of the famine by the Soviet regime in order to damage the peasantry in the new design of “engineered socialism”. Keeping the truth secret, the soviet regime wanted to escape their rightful blame.

On November 29, 2006 Ukrainian President Viktor Yushchenko signed a law that defines the Holodomor as an event provoked based on, and then exploited by, precise and provable political decision. The law proclaimed the fourth Saturday of November as a Day of Remembrance in order to commemorate the innocent victims. On October 23, 2008 the European Parliament approved a resolution condemning the Holodomor as  “appalling crimes against the Ukrainian population and against humanity”.
In the month of November 2008 the Holy Synod of the Ukrainian Orthodox Church of the Patriarch of Moscow defined the Holdomor as an act of genocide. In fact, the Holodomor was recognized as an act of genocide by the governments of: Argentina, Australia, Canada, Estonia, Georgia, Hungary, Lithuania, Poland, and the United States. Italy has not given its judgement yet. 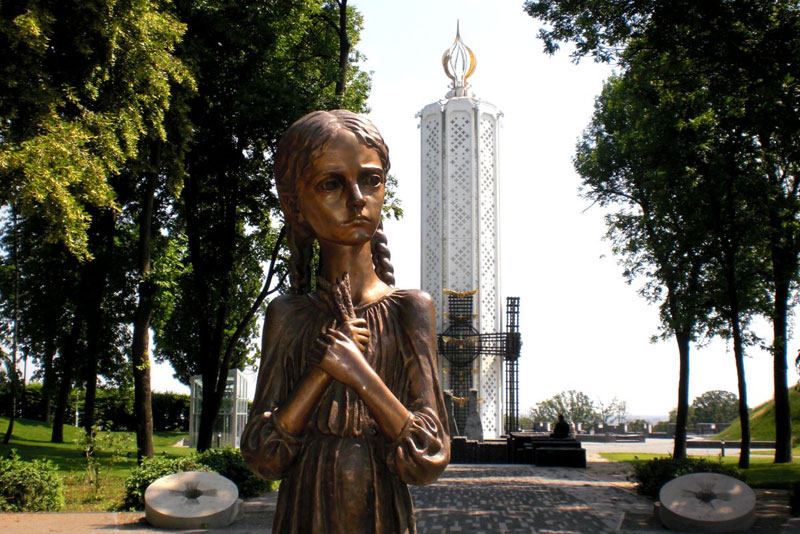 Statue outside the Holodomor Memorial which stands in Kyiv 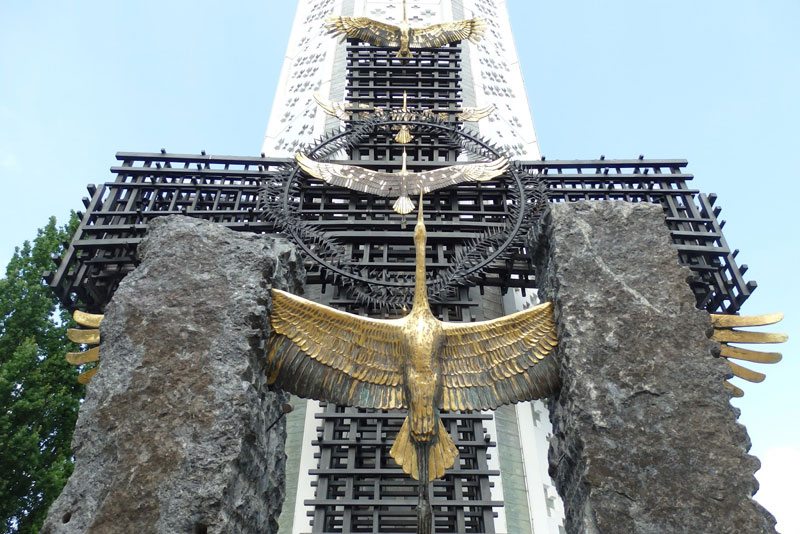 Detail of the facade of the Kyiv Memorial