On August 3, 2014, the fighters of the Islamic State of Iraq and Al-Salam occupied Sinjar, a region in Northern Iraq close the border with Syria. It was the beginning of the Yazidi genocide, in which Yazidi men have to choose between death, and conversion and Yazidi women are deported, raped, enslaved, and sold. 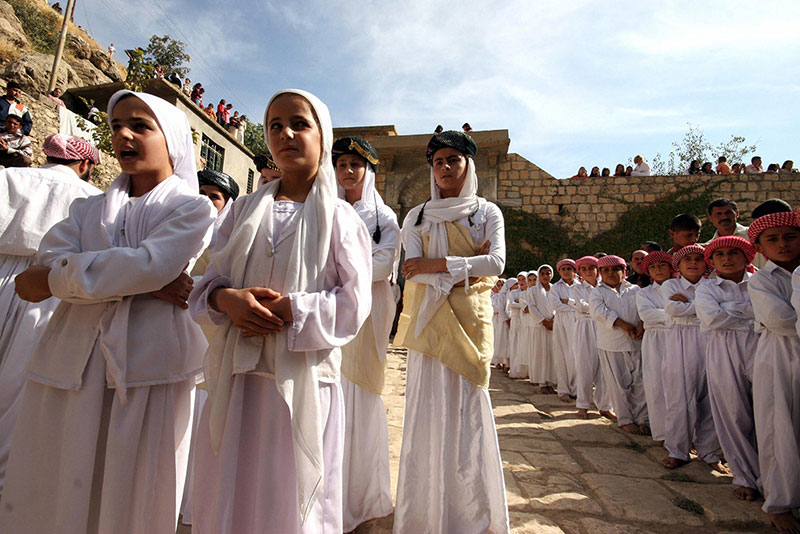 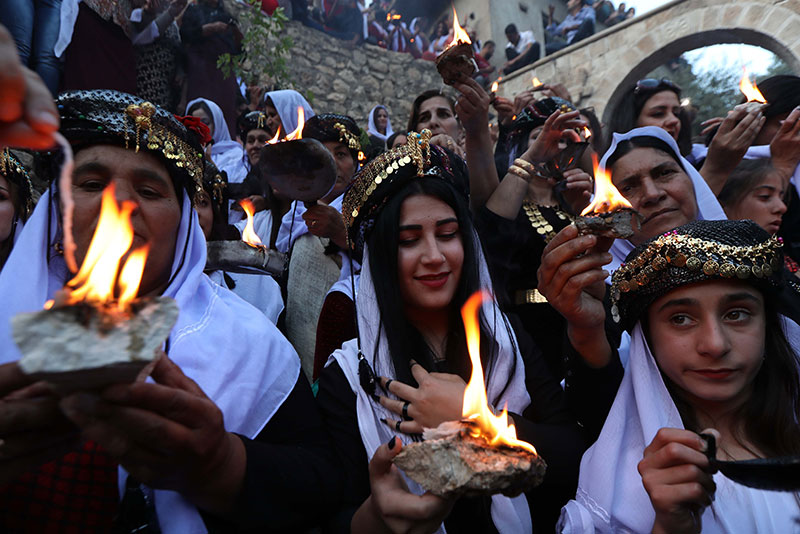 The Yazidis are a small population that, while being Kurdish-speaking and traditionally Kurdish in their identity, has some peculiar and distinguishing traits. The Yazidis are widespread across Iraq, Syria, Iran, Turkey, Armenia, and Georgia, with a growing part of them in diaspora between Europe, Australia, and North America. To this day, Yazidism is one of the least known and studied religious communities of the Middle East. A remarkable syncretism marks this population, who combine different faiths, primarily Abrahamic. In the history and development of Yazidism, the figure of the Sufi mystic Sheikh Adi (Baalbek, 1073-1078 - Lalish, 1162-1163) has a prominent role. Historians commonly consider Sheikh Adi to be the actual initiator of Yazidism. Starting from his teachings, his followers made this faith increasingly heterodox (from an Islamic perspective) and esoteric.

The Yazidi faith is professed by a very small minority, isolated and closed in on itself and in which oral transmission counts more than the written one. In the past, the Yazidi faith has given rise to myths and legends that still inform the prejudice at the core of their persecution. Yet the “devil-worshippers”, as the Yazidis were called for centuries in the Middle East, believe in a peaceful religion, with strong mystical and popular traits, and which has never tried to proselytize. Yazidis are Yazidis only by birth and by family inheritance: mixed marriages and conversions are forbidden. The social structure of the Yazidi community is organized by caste.

The “devil-worshippers” stigma still affects the Yazidi, which are still called as such: for them, pronouncing not only the word Satan (in Arabic and Kurdish Shaytan) and any term that, even just phonetically, comes close to it, is forbidden. Besides this one, many other taboos characterize the everyday life of the Yazidis. Among the most curious is the prohibition of cutting trees, spitting on earth or fire, entering a mosque, or eating lettuce, cabbage, or pumpkin, wearing the color blue, and getting married in April. The mystical and spiritual heart of this community is the Lalish temple complex, which, according to the Yazidi, is home to God. 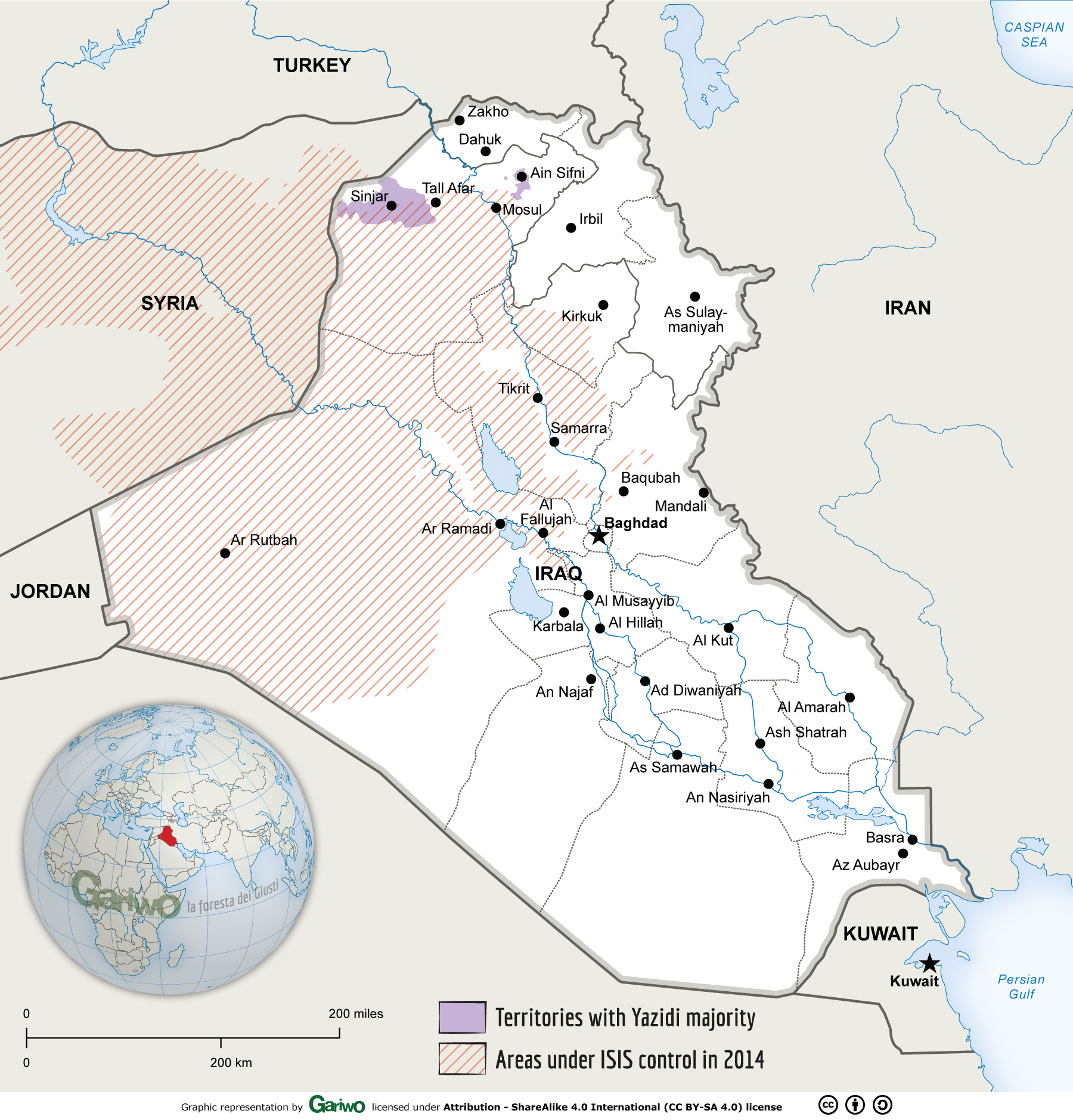 In the early hours of 3 August, 2014, fighters from the terrorist group, the Islamic State of Iraq and Al-Sham (ISIS), flooded out of their bases in Syria and Iraq and swept across Sinjar. The Sinjar region is located in northern Iraq. At its nearest point, it is less than 15 kilometers from the Syrian border. It is now home to most of the world’s Yazidis, whose place of origin is located further east in Iraqi Kurdistan, in the Nineveh plains, an area of cultural and religious importance for the whole Middle East, and not only.

In the view of al-Baghdadi's militiamen, the Yazidis are a minority that, by their very nature, do not deserve to live unless they deny their faith and embrace Islam. Yazidi men have to choose between death and conversion, while Yazidi women have no choice: they will be deported, raped, enslaved, and sold as merchandise.
In those days’ attacks, it is estimated that 3,100 Yazidis lost their lives, while another 6,800 - mostly women and children - were kidnapped.

Face to face with a genocide

The Yazidi genocide is the first genocide in history that was told in real time by its executioners, who have used the Internet to turn the massacre into a macabre propaganda spectacle. This latter took place through a multiplying array of videos, photos, and stories of the victims. The ISIS militiamen also diffused an immediate declaration of intent, which left no doubt on what happened.

Face to face with a genocide 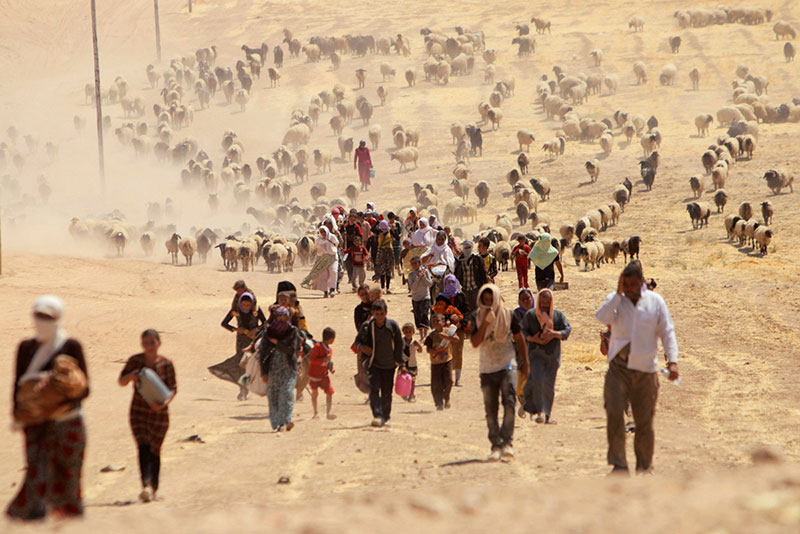 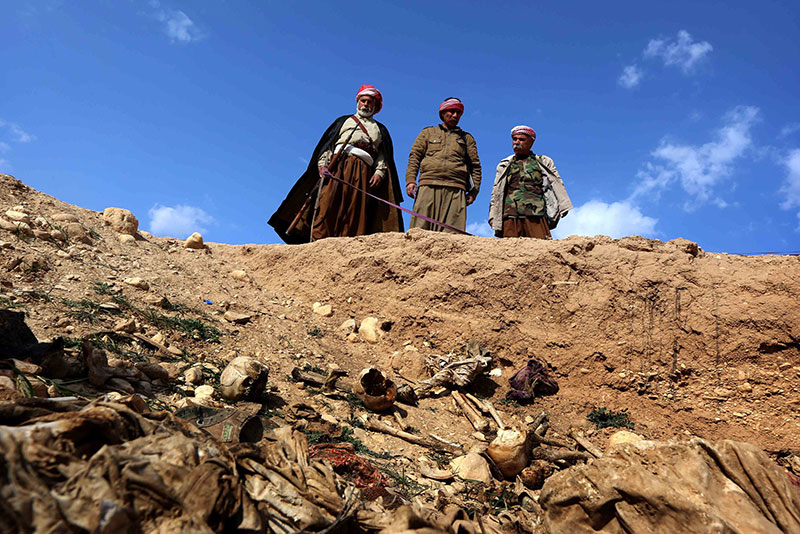 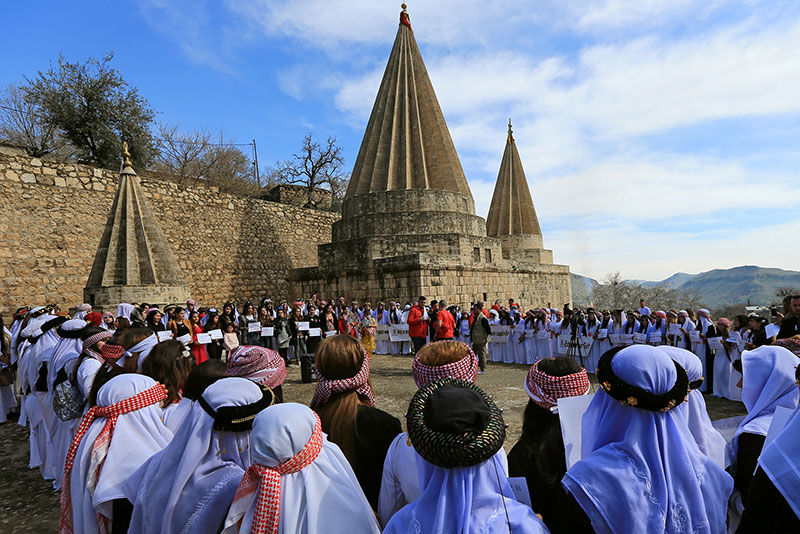 Estimates vary, but before the genocide sources report that more than half of the Yazidi population living in Iraq (around 518.000 people according to Birgül Açikyildiz’s analysis in The Yezidis) found themselves in the Sinjar region. Today, the latest estimates say that more than 300.000 refugees and displaced Yazidi find themselves in Iraqi Kurdistan, and that the total population is around 600.000. It is possible, however, that emigration and persecution could have reduced the Yazidi people. Studies reveal that at least 2.5% of the entire Yazidi population of Sinjar has been kidnapped or killed.
Such tragedy has left this minority increasingly closed, divided, and torn apart, even politically. Among the Yazidis, there is no shortage of supporters and militants of the PKK and the Syrian Kurds, who are commonly considered to have fought with great heroism in the days of the genocide. There are also those who prefer to rely on the Iraqi Kurdish PDK or the Shiite majority forces of Hashd al-Shaabi. Yet, many claim that there is no future for them in Iraq or Kurdistan and that the only salvation could come from the West, from the deployment of international forces.

The plight of Yazidi women

Although 100,000 Yazidis have returned home to Sinjar, they still lack vital services such as health care and education. Moreover, tens of thousands of survivors now live in refugee camps. Meanwhile, many more remain in camps, nearly 3,000 women and girls are still missing after they were kidnapped, and dozens of mass graves are yet to be exhumed.

The world has witnessed the Yazidi tragedy with great indignation, demanding tangible action to put an end to the genocide. Yet, “six years later, the international community has failed to deliver on its commitments to protect those most vulnerable, especially women and children," said Nadia Murad, the community's best-known representative.

The plight of Yazidi women 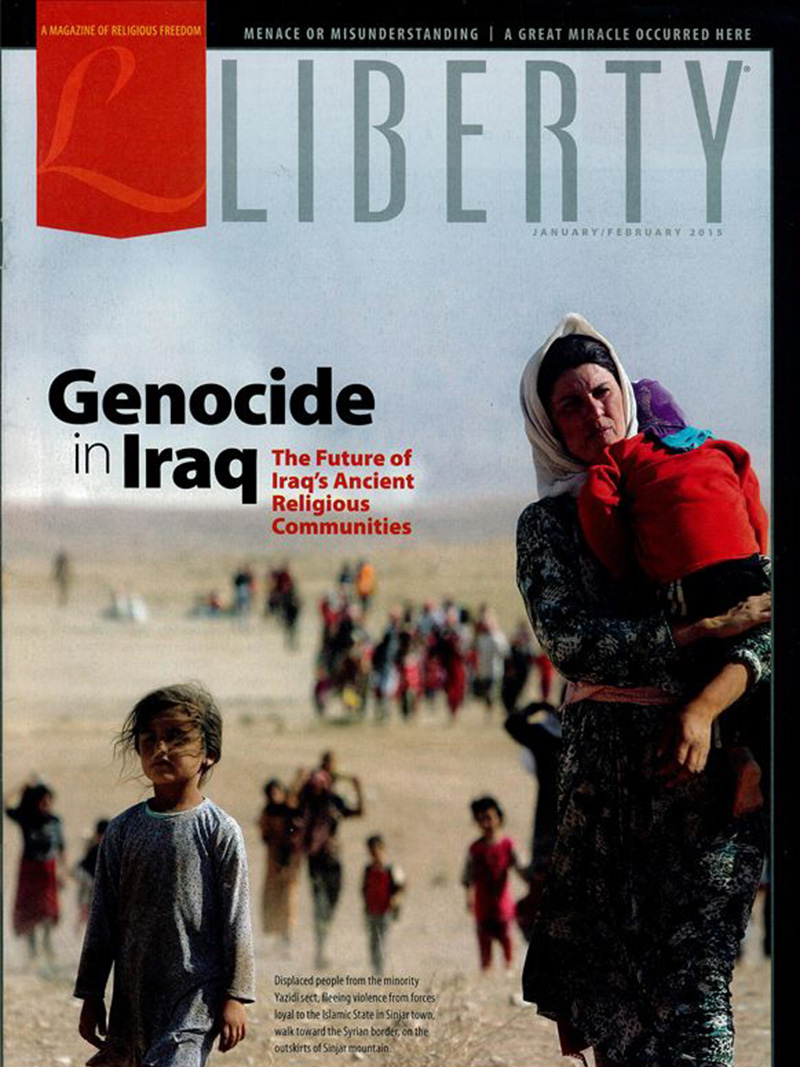 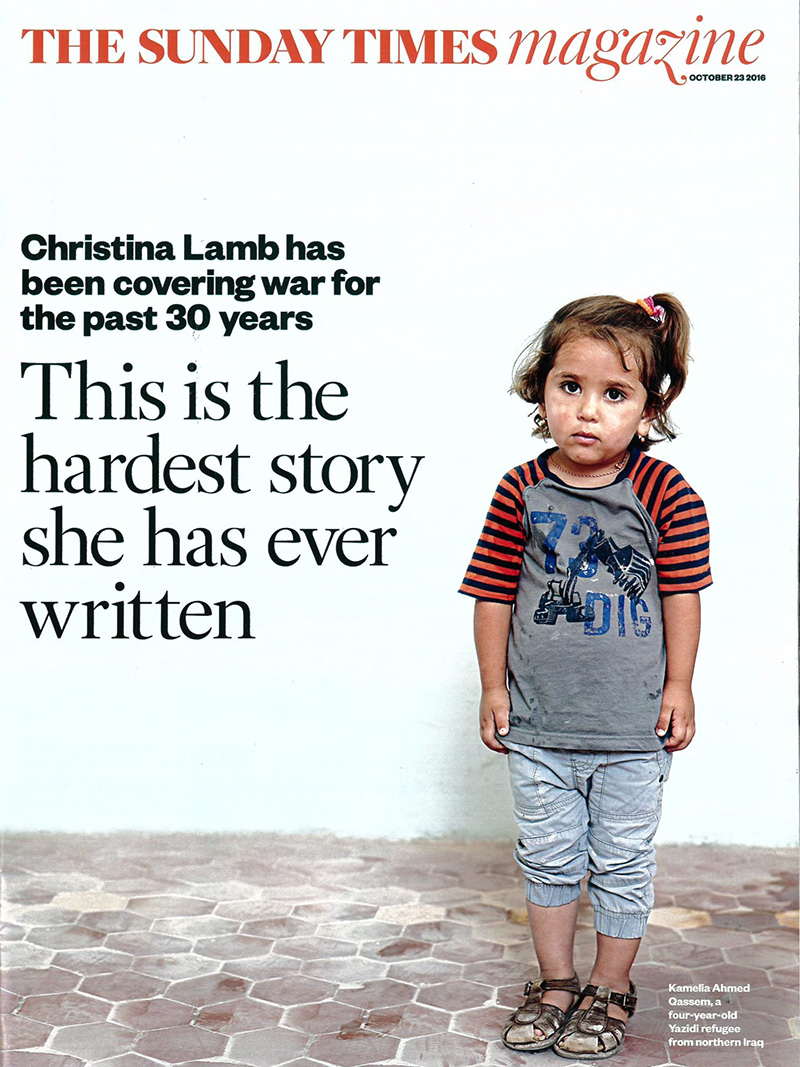 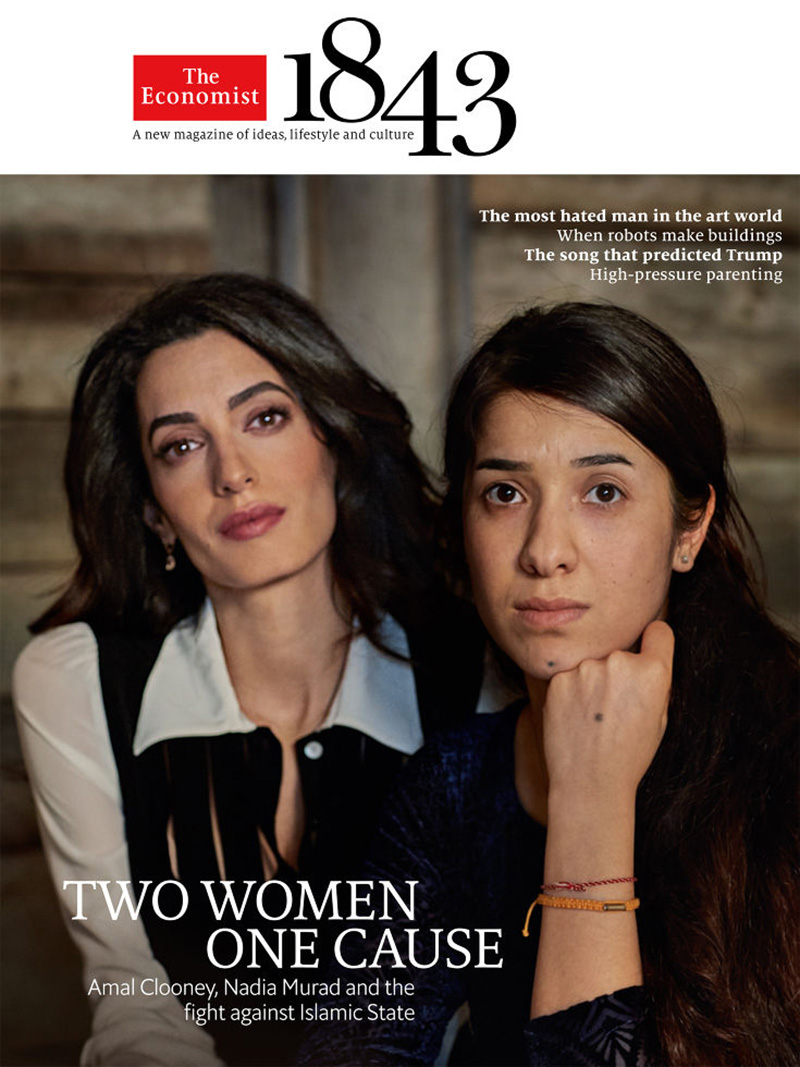 One of the most tragic episodes of the Yazidi genocide occurred on August 15, 2014, in Kocho, a village in northern Iraq. The attack provoked more than a thousand victims, of which 600 lost their lives or went missing. Nadia Murad, today a Nobel Peace Laureate, was among those victims. The ISIS militiamen abused and enslaved her until she managed to escape, months after her kidnapping and with the help of a Sunni Arab family who, despite not knowing her and putting their own safety at risk, decided to help her.

‘The international community can do many things,’ Murad said, ‘many of which are urgent. First of all, the international community must legally recognize our case as genocide, protecting this community, which is disappearing today. Then, we need help to rebuild our villages and to be allowed to live in Iraq safely. As of today, more than 3,000 girls are still in the hands of Isis: they need help, as much as those who have been freed. Many things need to be done.’