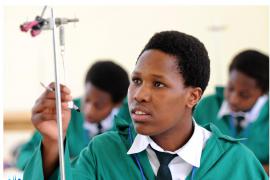 The 22nd Day of Memory of Genocide against the Tutsis, Kwibuka 22, focuses on the theme of the struggle against the genocidal ideology that has profoundly  permeated Rwanda's society ever since 1959, to reach its climax in 1994 with the "final solution" of a million deaths in just 100 days.

Many opponents, who have formed ethnically based political parties, would not mind getting back to the ancien régime, i.e. Rwanda before 1994. Let us spit it out: it suffices to view the numerous Websites or hear the propaganda they make at the conferences organised all over the West. These people live unity as an abuse.  Simply, they do not understand it. They cannot conceive a Rwanda with Rwandans only, with ID cards not mentioning ethnicity at all. They consider equality as a kind of injustice. To them, Rwanda is formed by three ethnic groups: the Hutus, the Tutsis and the Twas, and the most numerous one, i.e. the Hutus, shall rule. We have been able to see their idea of "rule" during the 33 years of their dictatorship. Discrimination, humiliation, hatred, a massacre after one other, up to genocide.

Based on these assumptions, what is the future we can hope in? It is time to open a true discussion on this theme until we reach the core of the issue. On the one hand, a majority is persuaded it has all the rights to rule overt the minority without granting them any rights, starting from the inalienable ones, like citizenship, work and study. All this proves that the idea of democracy has been completely distorted for a long time in our country.

In Rwanda, the first President, Grégoire Kayibanda, had run systematic massacres against the Tutsi minority without any fear he might face prosecution. All attempts to report him failed. His successor, Juvenal Habyarimana, who had ousted it through a coup, did not do any less. Under the latter's dictatorship, besides insisting on the ethnic ID cards (a heritage of the Belgian colonisation) to deny work and rights to the Tutsis, he introduced a further cause of discrimination through so-called regionalism. Those coming from his region of origin in the north had priority access to the best jobs.

Today, eventually, Rwanda left behind the genocidal logics thanks to current President Paul Kagame, who did not only ban the ethnic groups, but also understood that the “never again" can be accomplished not only through development but above all through the promotion of a society free from murderous ethnic identities. He sensed that keeping a watchful eye should not be a synonym for revenge, but at the same time cannot be done without struggling to uproot that genocidal ideology that led to the tragic massacre of the Tutsis. The impunity in the face of crimes against humanity was repudiated through the creation of the Gacaca courts, a unique experience in the world, which has unanimously been greeted as participatory justice allowing to judge with equanimity over a million files of alleged genocide culprits.

We shall though not let down our guard, for as wrote Senegalese writer Boubacar Boris Diop , “the memory of genocide is paradoxical, in that the longer time passes by, the less it is forgotten". Luckily, the majority of young people were born after genocide; they cannot be blamed for their father's guilts, but they have to know what happened, so that  the antibodies against any genocidal ideology can be developed.