consul and enterpreneur who rescued 375 children during genocide in Rwanda 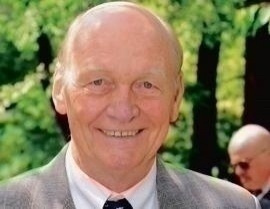 Pierantonio is the fifth of seven children and was born in Mestre on 7 May 1939. He studied in Vicenza and Verona and, at the age of fifteen, joined his father, who had emigrated to Zaire. In Bukavu, in 1960, he had his first experience of African warfare and, with some of his brothers, successfully ferried groups of Congolese refugees across Lake Kivu.
When the Mulelist rebellion broke out, Pierantonio decided to move to neighbouring Rwanda – the ‘land of a thousand hills’ – which had just gained independence. On 5 May 1965 he obtained his first permanent residence permit to stay in Rwanda and continued to live there, in Kigali, until 1994. In Rwanda he married Mariann, a Swiss citizen, with whom he had three children: Olivier, who still lives in Rwanda, Caroline, who lives in Germany, and Matteo who lives in Kigali and works together with his brother Olivier.

A successful businessman, Pierantonio Costa was running four companies when the genocide broke out.
For fifteen years, from 1988 to 2003, he was Italy’s consul in Kigali.
Throughout the three months of the genocide, from 6 April to 21 July 1994, Costa did everything he could to rescue first Italians and westerners; then he moved to his brother’s home in Burundi, from where he embarked on a series of journeys across Rwanda in a ceaseless attempt to rescue as many people as he could. In this, he made the most of the privileges he enjoyed, such as his diplomatic role, his network of friends and acquaintances and his own money to obtain exit permits from the country for all those who turned to him for help. Aided by his son Olivier, he worked alongside representatives of the Red Cross and various other NGOs. By the time the genocide was over, he had lost assets worth well over 3 million dollars and had rescued almost 2000 people, including 375 children from a Red Cross orphanage.
The Italian government awarded him a gold medal for civil valor for those he had led to safety and the Belgian government gave him a similar decoration.
In the one hundred days of the Rwandan genocide, Costa – who was no missionary, but a respected businessman with a family – simply acted according to the dictates of his conscience. He knowingly risked his life, with outstanding results, simply by putting his human kindness and his considerable assets at the disposal of his fellows. “In the midst of so much violence and suffering, I just did what I had to do. That’s all”, but with the constant regret that he could have done something more.
Luciano Scalettari, the journalist who recorded his testimony, commented as follows:” In my opinion, he is a righteous man, in the sense that the Jews attribute to this term”. Costa replied:” I only answered the voice of my conscience. When there is something that has to be done, you just get on with it”. Pierantonio Costa is among the nominees to the 2010 Peace Nobel Prize.