For a Hill of the Righteous in Rwanda

the initiatives run by Yolande Mukagasana 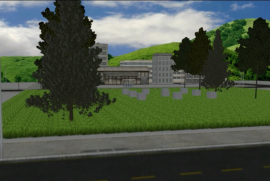 Yolande Mukagasana, GARIRWA founder and relentless witness to the Rwandan Genocide honored in the Garden of the Righteous in Milan, held a ceremonyi on past 28 March in Kigali to commemorate the 21st anniversary of the tragedy in which over one million people, tutsis and moderate hutus, died.

During a meeting with the survivors, the audience was invited to listen to the testimony of a Righteous, Jean-Francois Gisimba, and a visual rendering was presented to show the future layout of the Garden of the Righteous of Rwanda.

The procedures to achieve this major step forward for dialogue and reconciliation in the country are still ongoing. There is growing awareness about the subject and we hope the land for the creation of this memory place will be obtained as soon as possible.

Ceremony at the Garden of the Righteous of Milan 2012